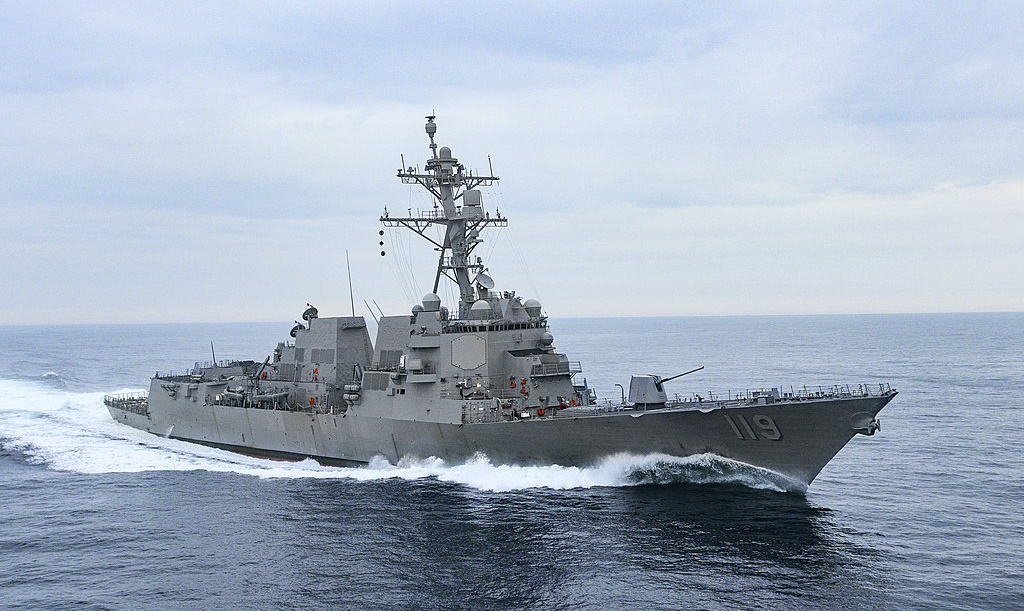 The U.S. Navy has commissioned its newest Arleigh Burke-class guided-missile destroyer, the USS Delbert D. Black. Named after the first Master Chief Petty Officer of the Navy (MCPON), the vessel is the 68th Arleigh Burke-class guided missile destroyer to be delivered to the Navy. It provides a wide range of warfighting capabilities in multi-threat air, surface and subsurface environments.

Due to the COVID-19 pandemic, the commissioning was performed as a private event, but was livestreamed to allow public viewing of the ceremony. MCPON Russell Smith, currently serving as the 15th senior enlisted leader of the Navy, was the Principle Speaker. MCPON Smith fills the role begun by Delbert D. Black as advisor to the Chief of Naval Operations and to the Chief of Naval Personnel in matters dealing with enlisted personnel and their families. During the ceremony, Delbert D. Black’s Commanding Officer, Cmdr. Matthew McKenna, reported the ship ready to the Navy’s Vice Chief of Naval Operations, Admiral William K. Lescher.

MCPON Smith commented: “This is the first ship to honor a senior enlisted leader in such a way for their contributions in this realm, and represents a significant milestone achievement that recognizes both the responsibility of the position to the Navy, as well the tremendous accountability to those enlisted Sailors we primarily provide advocacy for. The vision and effort it took to move the idea of a Master Chief Petty Officer of the Navy into an effective reality cannot be overstated, and all of us have been the benefactors of his legend of service by advancing the work that he began.”

Rear Adm. Brad Cooper, Commander, Naval Surface Force Atlantic, said: “The USS Delbert D. Black joins the Fleet during a time when its cutting-edge capabilities are most needed. I’m extremely proud of this crew and know the pennant of courage, teamwork, inclusiveness and sacrifice will be taken up and flown even higher with the Sailors who serve aboard the ship.”

As part of the commissioning, the crew of the USS Delbert D. Black also kicked off Tulsa Navy Week. “Being that Delbert Black was a native of Oklahoma, I’m ecstatic that Tulsa Navy Week will highlight the first Master Chief Petty Officer of the Navy, namesake of our ship, virtually Oct. 5 through 11,” said Cmdr McKenna. “This is much more than a ceremony; the commissioning of a ship is a culmination of unwavering dedication. The ship is ready to be introduced to the Fleet.”