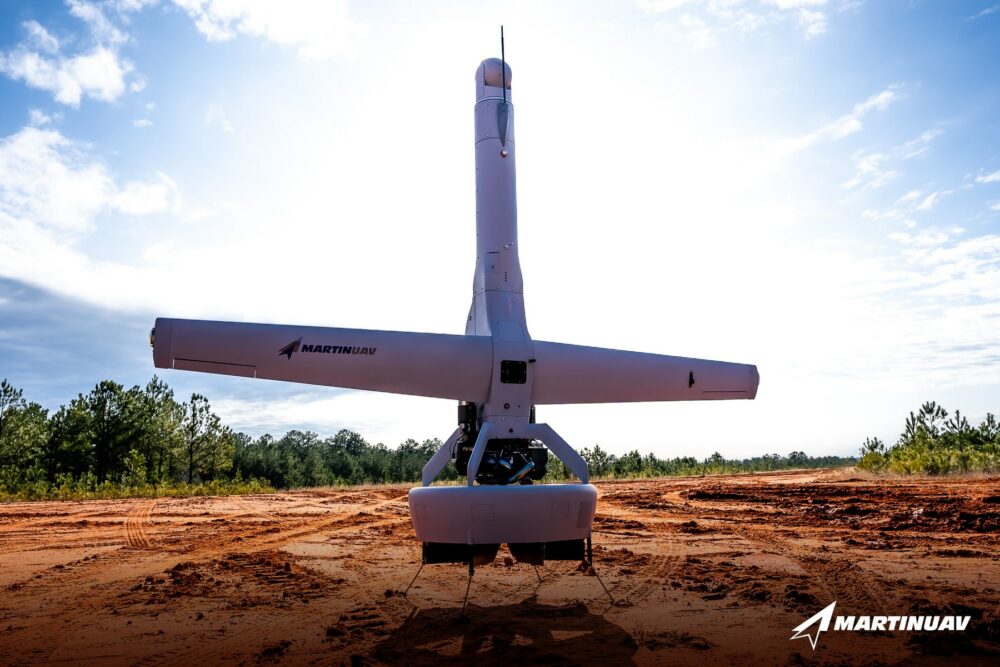 Martin UAV has released the latest variant of its V-BAT unmanned aircraft system (UAS), the V-BAT 128, which is intended for defense and commercial use, including search and rescue, firefighting, logistic resupply, and energy and oil and gas operations.

The upgraded version of the V-BAT, which features an increase in power, payloads and endurance, was previously demonstrated by Martin UAV at the Army Expeditionary Warrior Experiment (AEWE). Over the course of several weeks, the V-BAT 128 flew numerous missions, showcasing its VTOL capabilities and the versatility of its small footprint; one of the impressive features noted from those involved in the exercise is the aircraft’s ability to transition from take-off to a vertical hover and persistent stare capability while maintaining a sensor line of sight, in spite of difficult terrain.

“Martin UAV continues to push the boundaries of what is possible for unmanned aircraft systems,” said Heath Niemi, chief development officer. “We have listened to the customer and expanded the capabilities and agility of the V-BAT 128, delivering technology that serves a wider range of mission needs. We’re proud to make the V-BAT 128 available to the broader market and to provide more power and payload that can be transported in the bed of a pick-up truck, or, inside a Black Hawk.”

As the interest and adoption of UAV/UAS increases across commercial industries, the company stated a renewed commitment to support these verticals adapting to new technologies. Most recently, the company announced the addition of industry veteran Bill Irby as the Chief Operating Officer, who previously held leadership roles with Textron, L3 Harris and Northrop Grumman. Martin UAV strives to make UAVs more accessible and easier to implement, empowering organizations to streamline operational efficiencies, security and increase the safety measures for its staff.

The V-BAT 128 is designed to make transportation and rapid tactical deployment easier for both defense and commercial applications. It can be assembled by two personnel in less than 30 minutes. The aircraft’s duct fan propulsion design provides for top operational safety by eliminating exposed rotors, which are commonly found in propeller-driven VTOLs.

V-BAT 128 is ideal for takeoff and landing on both stationary and moving platforms, in areas with a footprint of less than 12-feet by 12-feet. The upgraded V-BAT provides significantly enhanced payload capacity of 25 pound and interchangeable payloads to meet mission-specific requirements. Increased endurance of up to 11 hours, and higher thrust were made possible by leveraging a more powerful engine, the Suter TOA 288 model. With a wingspan of 9.7 feet, the V-BAT 128 can reach over 90 knots reaching altitudes of 20,000 feet.