Global Ordnance conducted a successful accuracy test firing of an upgraded NORA B-52 M21 155 mm Mobile Howitzer System, prior to shipping it to the United States to participate in the U.S. Army "shoot off" evaluation News By DA Editor / 27 Apr 2021 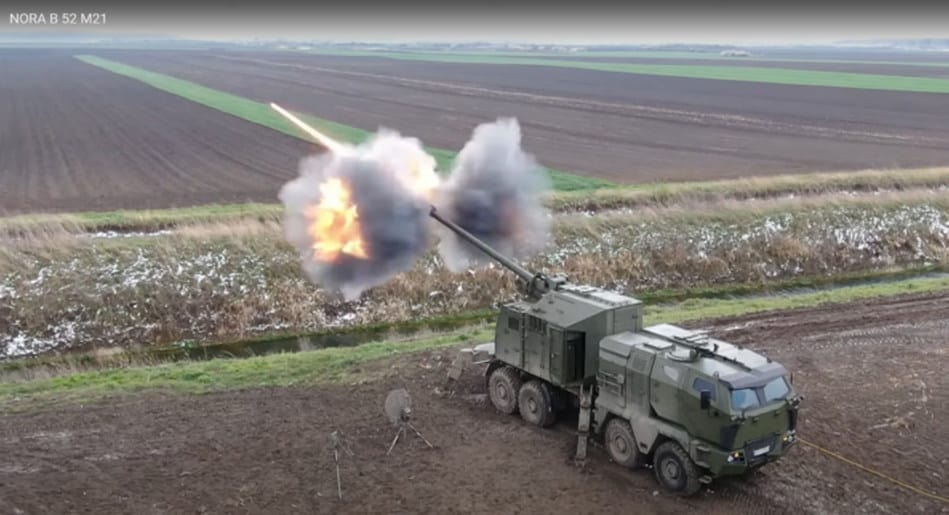 This is prior to shipping it the United States for evaluation by the U.S. Army, where the NORA system will participate in the U.S. Army “shoot off” evaluation of mobile 155mm howitzers to determine which systems best fit the Army’s needs through a variety of prioritized tasks. The best performers may be asked to provide proposals for the production, delivery, fielding, training, and support for use by the United States Army.

The accuracy test firing was one of the last phases prior to shipping the equipment to the United States and the resounding success of the test firing has Global Ordnance excited about showing the U.S. Army what this equipment can do.

Global Ordnance Director of Programs, John Summers, a retired Army Lieutenant Colonel, observed the test firing in person and said, “It was an impressive system to see with the upgraded chassis and auto loader upgrade.  The system performed flawlessly through the accuracy firing test.  I am very excited to deliver the NORA B52 M21 to Yuma Proving Grounds for the Shoot Off.  I am confident it will perform extremely well.”

The NORA B-52 M21 being prepared for the trials is the latest version of the NORA system and has undergone several significant upgrades to its Chassis and to the fully automatic loader for compatibility with the U.S. Army propellant charges. The upgrades make an already formidable system even more capable.

Global Ordnance has worked with Yugoimport to bring a highly effective product to Yuma for the competition and expects both its performance and overall value to be tough to beat.  With enhanced mobility, automation, and speed, GO is excited to present the NORA to the U.S. Army as an effective and lethal system to add to the U.S. arsenal.

Marc Morales, President of Global Ordnance, LLC, expressed both his excitement and gratitude to the U.S. Army and Yugoimport,

“GO is very thankful to Yugoimport for their dedication and commitment to performing the chassis and system upgrades in support of the U.S. Army testing.  Both Global Ordnance and Yugoimport have been excited about this program since we received an invitation to the shoot-off and evaluation. We want to deliver the best product in the competitive field while also offering the best value, I’m confident we can do that and this test firing was confirmation that our collective efforts are paying off.”