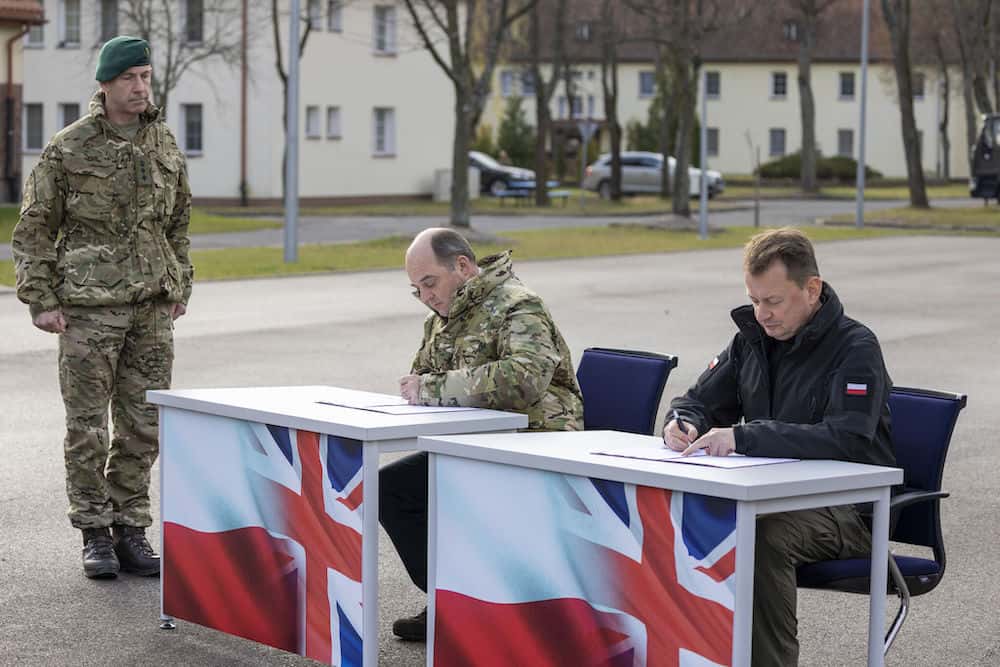 A first for the UK-Poland relationship, the agreement will see the two countries share pioneering technology to develop NAREW, Poland’s future Ground-Based Air Defense (GBAD) system, which is anticipated to have a multi-billion-pound budget.

The agreement is aimed at improving security and defense development for both countries, while developing and sustaining critical skills across the missile sector in Poland and the U.K.

“This agreement will deliver a step change in our defense co-operation with Poland and paves the way for our militaries to operate even more closely,” said Defense Secretary, Ben Wallace.

“Minister Błaszczak and I look forward to seeing the GBAD partnership develop. Britain and Poland have historically stood side by side against a range of threats and will continue to deepen our partnership.”

In the U.K., MBDA’s Common Anti-air Modular Missile (CAMM) family has been selected for the NAREW program. Capable of flying at supersonic speeds, CAMMs can destroy modern air threats including stealth aircraft and high-speed missiles. Each CAMM family missile is equipped with an advanced active radar seeker that can see even the smallest, fastest and stealthiest targets in any kind of weather conditions and in the heaviest electronic jamming.

“MBDA is delighted to be playing such a leading role in the U.K.-Poland Defense partnership. This agreement endorses the deep relationship we have formed with Poland’s Ministry of National Defense and Polish Industry and is underpinned by the nature of our unprecedented technology co-operation and transfer proposal for NAREW and Polish Air Defense,” said Chris Allam, Managing Director MBDA U.K.

“In choosing MBDA, and the CAMM family, Poland will receive the benefits of a true European missile partnership, the latest capabilities, and the ability to secure and develop highly skilled jobs in its defense industry.”

The Statement of Intent was signed during the Defense Secretary’s visit to Poland where he reaffirmed the U.K.’s commitment to European defense and security and NATO Allies.