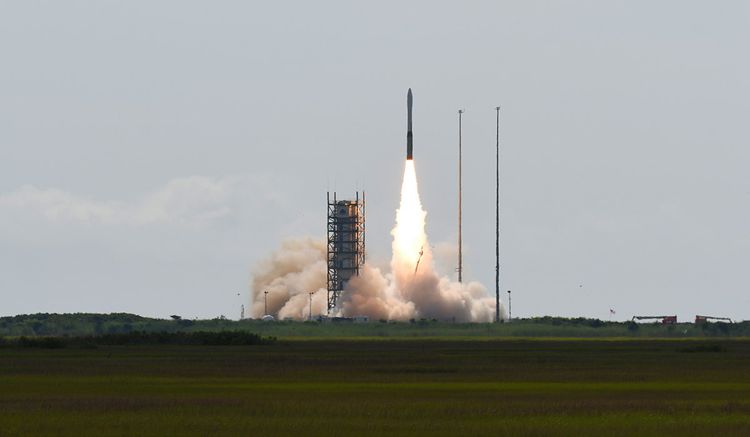 The Minotaur I is a four-staged solid fuel space launch vehicle capable of launching payloads of up to 1,278 pounds (580 kilograms) into low Earth orbit.

“This was our second launch of a Minotaur rocket for the NRO from Wallops in the past 12 months,” said Rich Straka, vice president, launch vehicles, Northrop Grumman.

“Northrop Grumman is able to repurpose retired Peacekeeper and Minuteman propulsion, integrating them with company built solid rocket motors along with new subsystems for our Minotaur family of launch vehicles, allowing us to provide reliable, cost-effective and responsive access to space for our customers.”

This NROL-111 launch was the 12th Minotaur I flight and 6th from NASA’s Wallops Flight Facility.

The Minotaur fleet has now completed 28 missions from ranges in Alaska, California, Florida and Virginia with 100% success.

The vehicle used to launch the NROL-111 mission was procured under the Opportunity for Orbital Services Program-3 (OSP-3) contract administered by the U.S. Space Force Space and Missile Systems Center’s Launch Enterprise Small Launch and Targets Division at Kirtland Air Force Base in New Mexico.

Minotaur vehicles are currently available to customers under the OSP-4 contract.