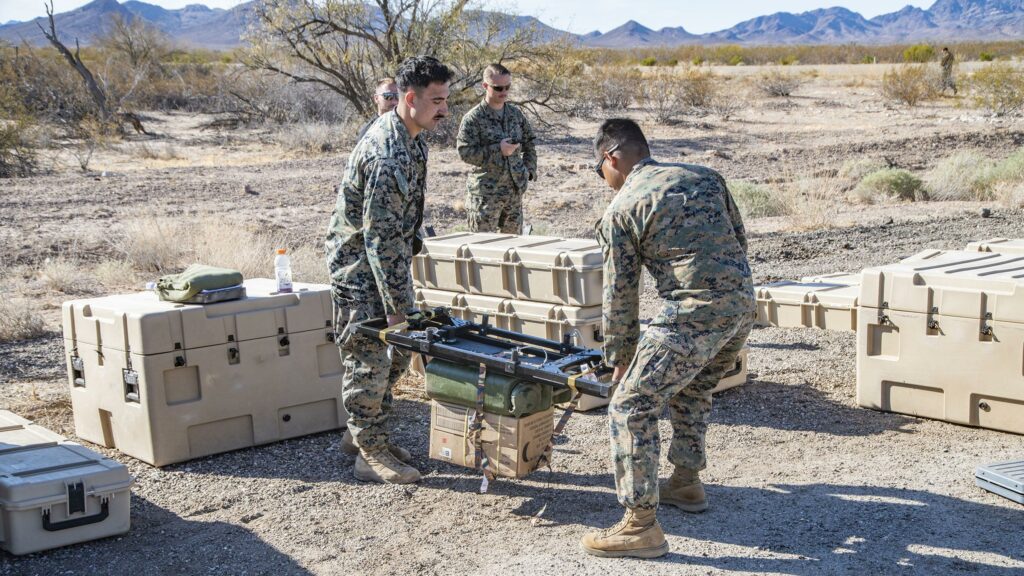 Anticipated future end users were given the opportunity to work with both prototype systems – Survice Engineering’s TRV-150 and Chartis Federal’s MK4-RX, to assess the capability in order to inform the final requirement for TRUAS.

“That is exactly what we were hoping to see, and I believe there will be a lot of really good input from the Marines. The test team from Marine Corps Operational Test and Evaluation Activity did an excellent job coordinating the event to ensure that we gathered the needed data and feedback,” added Argobright.

The prototypes were designed to meet the Marines initial requirements for an autonomous unmanned system that can transport at least 60 pounds of cargo in various configurations commonly found in Marine company/platoon/squad resupply operations (ex: 5-gallon water can, ammo can/case, Meals-Ready-to-Eat case) through a 10-kilometer radius.

“The initial prize challenge in 2020 gave us a great starting point to further gauge this technology,” said Christina Petrow, TRUAS team lead. “We learned a lot about the capability that already exists as well as where it can take us in the future. This capability assessment is the next step in that process.”

During the assessment, two groups of Marines replicated a full day resupply of an infantry squadron after the Original Equipment Manufacturers (OEMs) provided three days of system training and a day of pilot evaluation. The process was repeated so that all field users had the opportunity to evaluate both platforms independently.

This capability is relatively new to the Marine Corps, and the event was designed to allow Marines to employ the systems as they would in the field and provide feedback that will be incorporated into the final requirement for fielded systems. This type of feedback is typically not provided until the end of the acquisition cycle, giving the Marines participating in this event a loud voice to help shape the way unmanned logistics resupply is implemented for the fleet.

“Early involvement of the Marines has afforded invaluable insight into how the end users will actually interact with these systems, including ways in which the OEMs never considered,” said Petrow. “Learning this information early in the acquisition cycle ensures the requirements are properly captured and the fielded system works with and for the Marine Corps.”