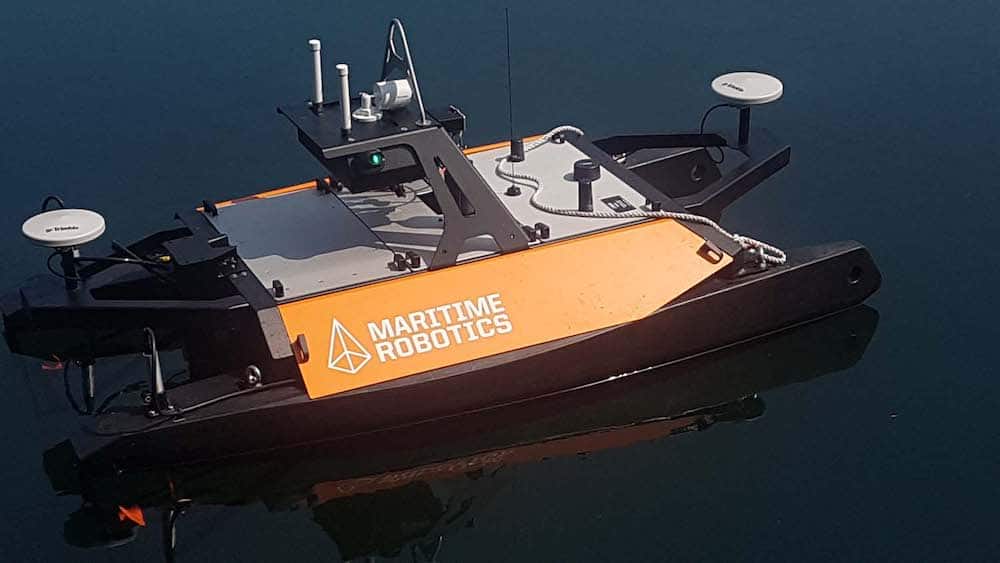 The British Royal Navy’s Project Hecla team has been testing a new robotic vessel at the Defense Diving School, on Horsea Island, Portsmouth.

During tests, the Otter Pro was able to collect sonar imagery of several wrecks, giving detailed evidence of decay and structural collapse on a sunken day cruiser, motor boat and helicopter. Its sensors also picked up swim lines and seabed erosion caused by divers.

During its first hour in the water, the vessel, controlled by trained Royal Navy personnel, surveyed an area the size of a football pitch.

“Although the Otter Pro is being operated to enable Project Hecla to refine future operating concepts of uncrewed surface vehicles in future military surveying application, it has begun to prove itself as being superior to existing portable systems,” said Commander Graham Mimpriss, Royal Navy lead for the trials.

“Using a rapid response context, this vehicle was mobilised within an hour of arrival having been transported to the site in a van.

“The team on its first outing surveyed Horsea Lake (7,000 square meters) in 40 minutes and then generated a viable product within an hour. This was achieved with a team of three without the need for a boat or jetty facilities for launching or recovery.

“During surveying, two of the team acted as pilot and looked out for the vehicle and the third was processing the data in near real time.

“Our existing platforms would be hard pressed to match this performance in a rapid response scenario.”

The next stage of the trials will see the Otter Pro tested in a more complex environment, with tests focusing on refining its near-real time data processing.

“This first trial has begun to demonstrate positive benefits of uncrewed surface vehicles for surveying and also highlighted changes the Royal Navy would need to make to training, personnel employment and logistics for enable full exploitation of offboard technologies,” Cdr Mimpriss concluded.