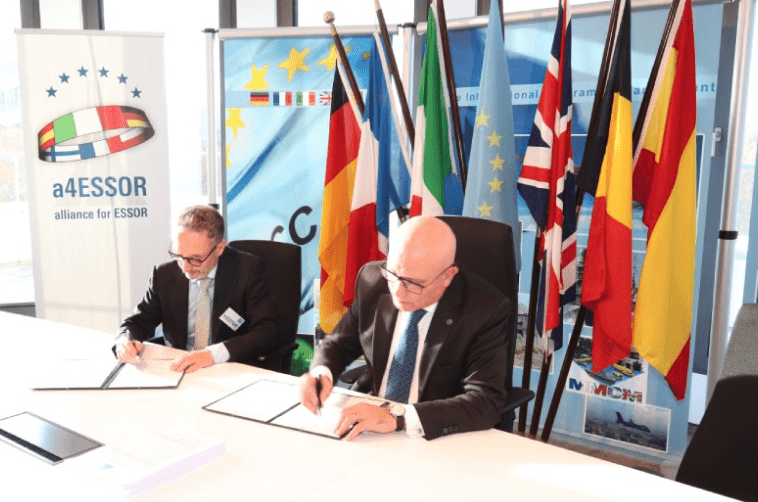 The multinational Alliance for ESSOR (a4ESSOR), a joint venture that is developing secure European Software Defined Radio (SDR) technology, has signed a procurement contract with the European intergovernmental Organisation for Joint Armament Cooperation (OCCAR) to carry out the ESSOR New Capabilities (ENC) project.

This initiative has received funding from the European Defense Industrial Development Program (EDIDP) under grant agreement No 044, plus the six ESSOR member countries Italy, France, Spain, Poland, Germany and Finland.

ENC aims to develop three new waveforms that will increase the interoperability and security of European Armed Forces. In addition, the project will also see the alliance enhance the ESSOR Framework, in order to manage the waveforms throughout their whole life cycles and ensure their interoperability when ported on national radio terminals.

For tactical land applications, these waveforms will be known as ESSOR WBWF and ESSOR NBWF; for Air-Ground-Air the ESSOR 3DWF; and for satellite communications the ESSOR SATCOM WF.

Ensuring the compliance with ESSOR and Software Communication Architecture (SCA)-based SDR platforms, and applying a very strict methodology of qualification of the interoperability between all the radios that host these waveforms, the program guarantees an effective interoperability of the Forces on the field.

The procurement contract follows EDIDP ESSOR’s Grant Agreement, which OCCAR, on behalf of the European Commission, and the partners signed last July. It will include the participation of new companies from non ESSOR nations, namely Telespazio Belgium, a subsidiary of Telespazio (joint venture between Leonardo, 67%, and Thales, 33%) and Edisoft (Portugal).