Trials conducted by Saab, saw the first time use of an exterior 3D-printed part on a Gripen fighter jet, rather than internal 3D-printed components, testing how a nylon polymer called PA2200 could be used in battlefield damage repair News By DA Editor / 13 Apr 2021 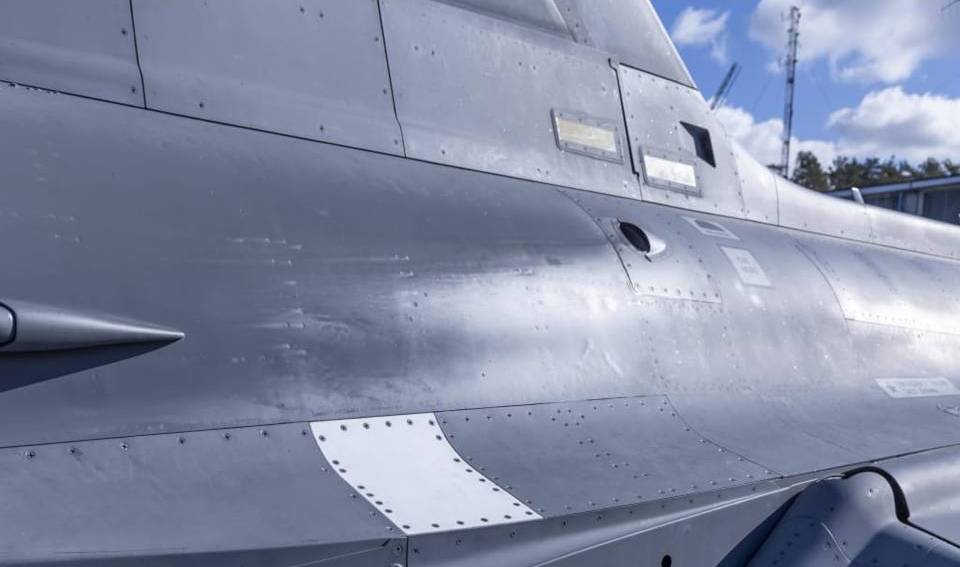 Saab has successfully conducted a trial which marked the first time an exterior 3D-printed part has been flown on a Gripen, rather than internal 3D-printed components. The purpose of the trial was to test how additive manufacturing could be used in battlefield damage repair. The test flight took place in the skies above Saab’s facilities in Linköping, Sweden.

The Gripen fighter jet was fitted with a replacement hatch that had been 3D-printed using additive manufacturing, using a nylon polymer called PA2200. This work is a step towards 3D-printed spares being used for rapid repairs to fighter aircraft that have sustained damage while deployed on remote operations, thereby gaining a vital time-saving advantage.

Since there was no 3D computer model of the original hatch, it was removed from the aircraft and put in a scanner. This process in turn enabled 3D printing of an exact copy, tailor-made to this individual aircraft.

“Post-flight initial inspection of the hatch was very positive and showed no visual structural changes had occurred from the flight. The potential of this approach means that maintenance personnel in the field can get access to individually fitted spare parts and you no longer have to resort to emergency fixes nor cannibalise other broken-down aircraft for their parts, while also further reducing the small number of parts brought on a deployment. This also reduces the operational time lost in repairs,” says Håkan Stake, contract manager for support to Gripen C/D, and manager of the development project.

To achieve the goal of deploying this capability, further testing is required along with agreements on material standards.

This milestone is the latest step in Saab’s embrace of additive manufacturing. In 2017 Saab co-founded the AMEXCI consortium for the specific purpose of furthering the technology, and Saab has been working with AMEXCI’s experts ever since to find new applications and ways to produce parts and equipment using additive manufacturing.

“This test flight of a component with operational impact is an important step as an aircraft, including all its parts, always has to meet the tough requirements of an airworthiness process. In terms of increasing operational availability in the field, additive manufacturing will be a game changer,” says Ellen Molin, senior vice president and head of Saab’s business area Support and Services.

The next step for Håkan Stake and his team are to look at alternative materials to PA2200, ones that are also flexible and can withstand the cold at high altitudes. They will also progress a container solution so that printing equipment can be taken on deployments.