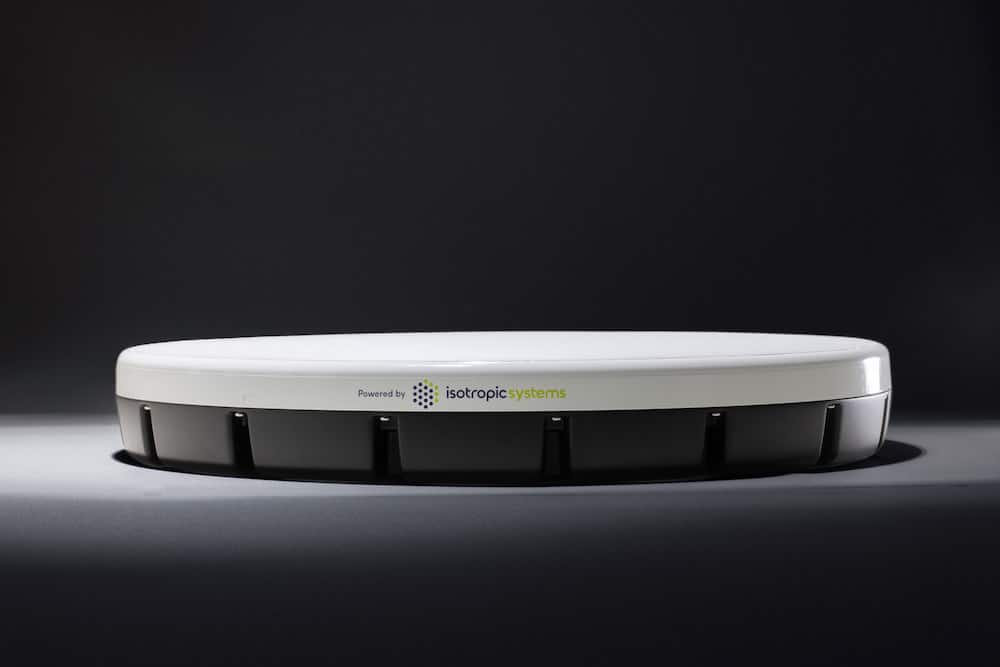 Isotropic Systems has successfully completed advanced multi-orbit antenna trials with SES Government Solutions at the U.S. Army proving grounds in Aberdeen, Maryland, successfully demonstrating a range of capabilities that will support military and government missions across the globe.

During the milestone multi-orbit trials, separate satellites in different orbits were simultaneously linked with a single Isotropic Systems multi-link antenna, demonstrating the terminal’s capabilities tailored to meet rigorous conditions and challenging connectivity demands across the battlespace.

With this breakthrough from Isotropic Systems, U.S. and NATO forces will for the first time be able to access every bit of satellite capacity across military and commercial satellites from a single antenna, which offers enhanced defense and security capabilities:

“Our terminal is the first and only U.S. Army-tested antenna capable of multiple simultaneous satellite links, which provides the US military and NATO with the communications capabilities they need for today’s threat environment with disrupted satellites becoming more common,” said John Finney, founder and CEO of Isotropic Systems. “We have proven our optical multi-link antenna technology is fully capable of providing mission-critical, resilient space-based connectivity for the military and across a broad range of vertical markets – from government and enterprise to aero and maritime – as we remain on track for our commercial launch in 2022.”

“These back-to-back breakthrough antenna trials demonstrate how a new generation of terminals, led by Isotropic Systems’ optical multi-link platform, will unleash the full potential of existing and next-gen satellites for mission-critical government and defense missions anywhere,” said Pete Hoene, President and CEO of SES Government Solutions. “The timing of the commercial availability of this new antenna is ideal with the recent launch of our SES-17 GEO satellite and the launch of our new O3b mPOWER MEO system in 2022.”