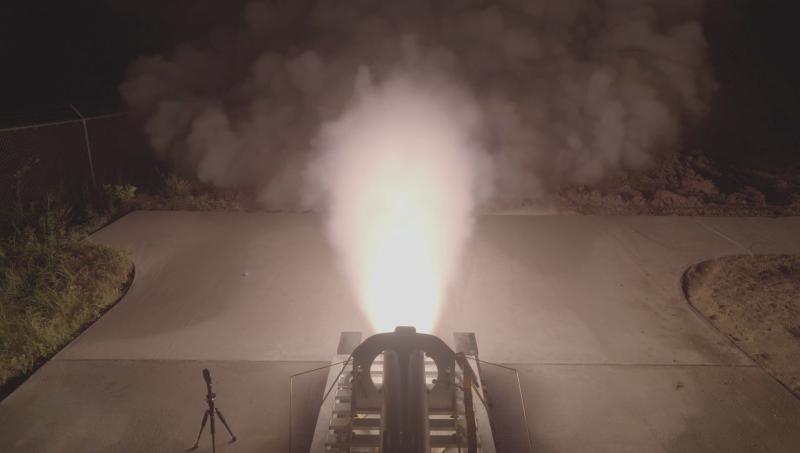 Adranos, Inc has announced a $20 million Series A funding round with participation from Bob Bishop and other principals at Impala Asset Management LLC and several other entities, including Explorer1 Fund, Elevate Ventures, and Specific Impulse Capital. This round brings the total capital raised by the company to date to over $25 million.

“National security and commercial space customers want substantially more performance from solid rocket motors, and that is exactly what we offer them,” said Chris Stoker, CEO and co-founder at Adranos. “Putting ALITEC-fueled rockets in the hands of the US Department of Defense and allied nations, whether for hypersonics or tactical missiles, will have a transformational impact on global security.”

The Series A funding round closed after Adranos successfully completed a test campaign of ALITEC-fueled tactical missile-sized solid rocket motors. Conducted under an effort jointly funded by the US Navy and US Air Force, the tests validated ALITEC’s performance advantages at scale. Adranos completed the test campaign at its 450-acre facility in Mississippi.

“In 2019, we conducted flight tests under an Army program, demonstrating that motors utilizing ALITEC fuel could increase the range of a missile system by nearly 40 percent while keeping other variables constant,” said Brandon Terry, CTO and co-founder at Adranos. “In 2021, the motors we tested were 10 times larger and revealed a performance increase beyond what we previously thought possible.”

“We see significant market potential for Adranos in defense and space,” said Bob Bishop, CIO and founder at Impala Asset Management and longtime investor in defense and aerospace companies. “It’s apparent to me that Adranos directly addresses the needs of the US Department of Defense as well as defense and commercial space launch entities. The company offers significant value as a new solid rocket motor manufacturer to those companies building missiles, hypersonic boosters, and other defense systems.”

With the new investment, Adranos will grow its teams in Indiana and Mississippi as well as ramp up its production capacity. Additionally, Adranos will design, test, and manufacture solid rocket propulsion systems for its customers in defense and commercial space.