Smart Infantry Fighting Vehicle to be Developed for U.S. Army

Raytheon Technologies and Rheinmetall are developing a combat vehicle that can conduct close-combat operations, survive anti-tank guided missiles and cyber attacks, and use AI to help the crew make split-second decisions News By DA Editor / 23 Mar 2021 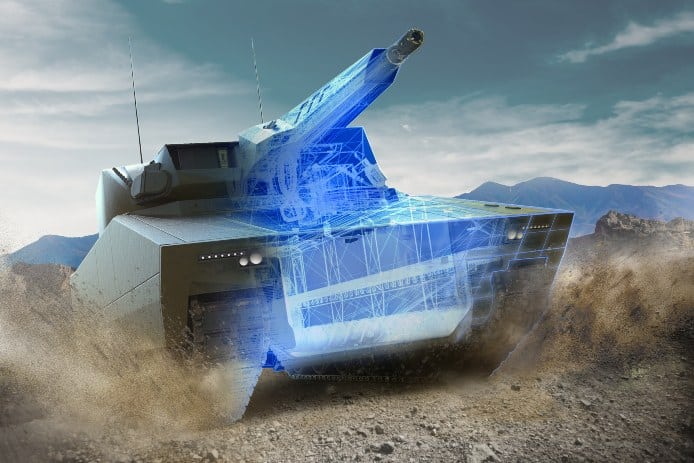 The vehicle, Rheinmetall’s Lynx KF41 Infantry Fighting Vehicle, will be the foundation for the industry team’s proposed design to the U.S. Army for its Optionally Manned Fighting Vehicle, which will replace the aging Bradley fleet.

The team’s design is built on decades of experience in key combat programs and user feedback. It includes a chassis produced by Textron Systems and a next-generation transmission by Allison Transmissions, both made in the U.S.

“The future battlefield calls for a digitally connected fighting vehicle that can outpace the enemy,” said Pat McCormack, a former Bradley master gunner for the Army and now a capability analyst at Raytheon Missiles & Defense, a Raytheon Technologies business.

Bradley fighting vehicles traditionally have a three-soldier crew: a commander, gunner and a driver. The new OMFV will have two soldiers and an AI-powered virtual third crew member to help the humans on board think, decide and act faster.

“We will design a vehicle where artificial intelligence detects, identifies and tracks a target, but leaves the engagement decision to the soldier,” McCormack said.

Modern automation will allow a two-person crew to maneuver across the battlefield and watch for threats. When the system finds a threat, it will classify it and assign it a priority, after which soldiers can decide whether and how to engage. This reduces their cognitive load and number of simultaneous demands. The vehicle will be similar to a sophisticated semi-autonomous car, with computers and algorithms doing lots of analysis but people making the final decisions.

“Artificial intelligence is a big leap forward with any fighting vehicle,” said Brad Barnard, director of OMFV at Raytheon Missiles & Defense. “Not only will AI assume a role, it will increase situational awareness and survivability.”

The Lynx team is using digital engineering to build detailed, accurate computer models to ensure new capabilities like aided target recognition, or ATR, are compatible with the vehicle. It allows them to connect multiple points of model data into one database, also called a single source of truth.