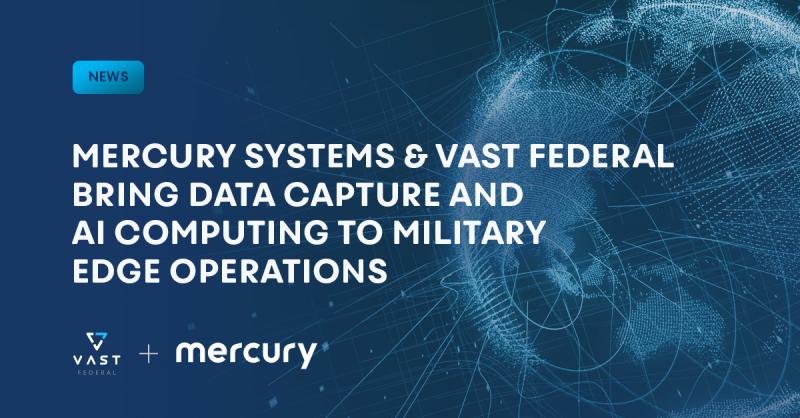 Mercury’s upcoming rugged data storage systems will be based on Ceres, VAST Data’s next-generation storage platform concept, and will be purpose built to meet the unique Size, Weight and Power (SWaP) requirements in the space-constrained platforms typical in land, sea, air, space and cyberspace deployments.

Universal Storage protects data throughout the entire C5ISR system so that commanders and their personnel can have reliable and secure access to the data that informs their mission. Additional details on the benefits of the rugged data solutions with Universal Storage will include:

“Our software-based approach allows us to team with best-of-breed technology providers like Mercury to reimagine the storage footprint for a variety of workloads at the edge, including sensor processing, AI and data analytics,” said Randy Hayes, Vice President, Public Sector of VAST Data Federal. “This collaboration strengthens VAST’s commitment to place software at the heart of modern data infrastructure, and enables actionable insights from multiple field locations that can be sent back to Centralized Command and Control for deeper analysis and long-term data preservation.”