Raytheon will increase the fleet from six to eight aircraft, integrating them with the latest U.K. Sovereign Defensive Aids Systems to ensure the aircraft continue providing battle-winning intelligence gathering in the future raytheon-uk News By DA Reporter / 16 Nov 2021 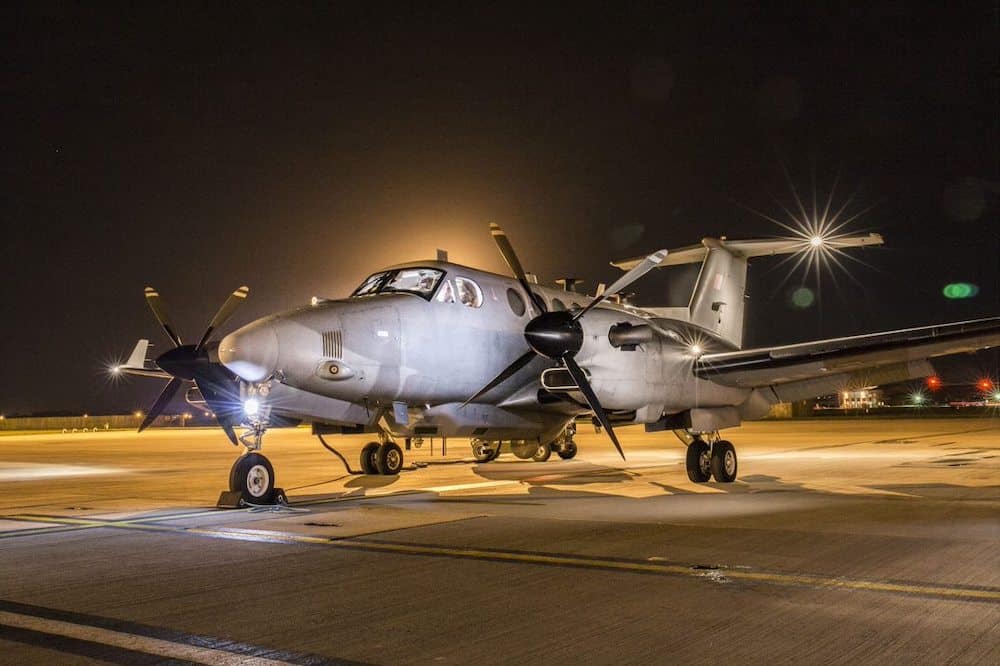 The contract will see the current fleet of six aircraft increased to eight, and the integration of the latest U.K. Sovereign Defensive Aids Systems to safeguard the aircraft from possible attack while allowing them to continue intelligence gathering in the future.

Around 150 jobs will be supported at Broughton, U.K., including specialist aerospace skills and apprentices, and roles at Raytheon’s sites at RAF Waddington and Harlow. The contract will also sustain around 350 further jobs across the U.K. supply chain.

Based at RAF Waddington and flown by 14 Squadron, Shadow forms a key part of the RAF’s Intelligence, Surveillance, Target Acquisition and Reconnaissance (ISTAR) force by gathering intelligence via its high-definition electro-optical and electronic sensors.

Once the data is gathered, satellite communication links enable the information to be assessed while the aircraft is airborne during a mission.

“The signing of this contract with Raytheon is huge news for North Wales and testament to the incredibly skilled local workforce whose hard work, dedication and professionalism have rightly been recognized,” said Welsh Secretary Simon Hart.

“This is levelling up in action – the U.K. Government, working with our partners and using our spending power to support jobs and prosperity in every part of the U.K. Today that levelling up is happening in Broughton with the signing of this £110 million contract.”

The investment for an upgraded Shadow fleet forms part of the vision laid out in the Defense Command Paper, which is ensuring that the Armed Forces are prepared for new and emerging threats. This ambition is underpinned by a £24 billion increase in defense spending over next four years.

The RAF is expected to receive the first upgraded Shadow surveillance aircraft in June 2023, with delivery of the eighth Shadow Mk2 jet scheduled to take place by 2025.