ROV Inspections Carried Out for the Royal Australian Navy

An in-water hull survey on HMAS Ballarat was carried out by Remote Imaging Solutions, utilising innovative ROVs that eliminate risk of deploying divers in the water and provide a safe option for collecting subsea data News By DA Editor / 04 Mar 2021 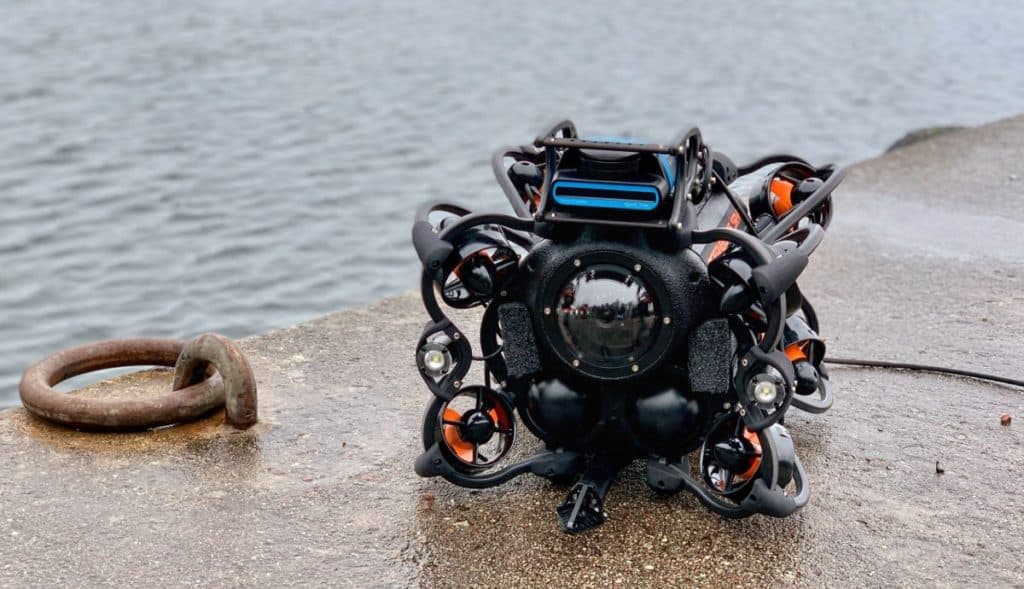 HMAS Ballarat (FFH 155) is an Anzac-class frigate of the Royal Australian Navy. The frigate was laid down in 2000 and commissioned into the Royal Australian Navy in mid-2004. Ballarat is a long-range frigate capable of air defence, surface and undersea warfare, surveillance, reconnaissance and interdiction. Ballarat‘s combat capabilities have been significantly improved under the Anti-Ship Missile Defence upgrade program, a world class program that provides an enhanced sensor and weapons systems capability.

HMAS Ballarat recently returned to HMAS Stirling on Garden Island from an overseas deployment. Prior to moving to the Australian Maritime Complex (AMC) in Henderson for maintenance, RIS was able to mobilise to Garden Island to conduct the in-water hull survey. The inspection took a day and was considered a success by DSTG as RIS was able to provide an assessment on marine growth in accordance with the Department of Defence’s reporting structure.

The Director and Chief Pilot, Neil O’Grady, says “We are excited to continue working at HMAS Stirling by providing subsea and aerial inspection capabilities for the Department of Defence. It also provides opportunities for a few of our employees who are Royal Australian Navy veterans, to work alongside us in a familiar environment where they really flourish and feel comfortable.”

The use of RJE Oceanbotics SRV-8 ROV for the hull inspection eliminated the risk of deploying divers in the water and provided a safe option for collecting subsea data.

The exclusive 8 thruster DVC (dynamic vector control) and advanced programming, means the SRV-8 is easily manipulated in most current conditions and underwater environments. This battery-operated ROV provides up to 6 hours of mission time on a single charge and is depth rated at 305 meters.

Learning to fly the SRV-8 underwater drone is simple and takes 3 minutes or less to set-up and deploy. The standard Xbox joystick controller allows for intuitive operation for any marine professional.