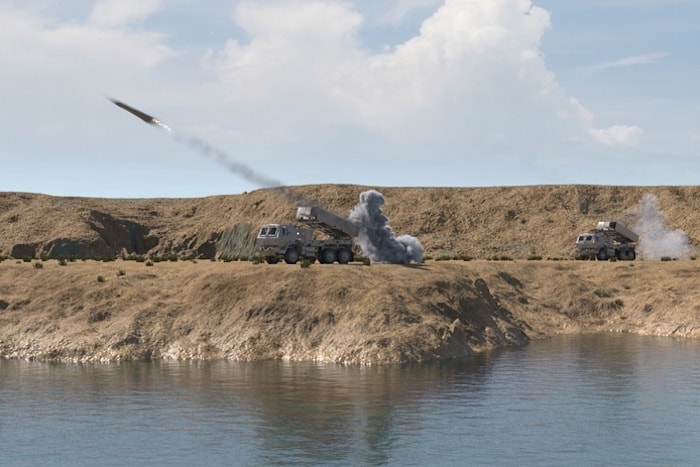 The CDS will include mobile launch vehicles; a platform for command, control and communications; transport and loading/unloading platforms; sensors; initial logistics support and maintenance; testing equipment and training on operations and upkeep.

The NSM engages targets at distances greater than 100 nautical miles and can climb and descend according to the terrain whilst observing ‘no fly,’ ‘no attack’ zones. It has a programmable fuze that activates the missile only when it is very close to the selected target, with its target recognition technology reducing risk of collateral damage.

NSM does not require a specific radar – just a sensor that provides the necessary targeting data.

The system has been tested extensively; Raytheon Missiles & Defense used digital transformation technology, such as computer modeling and simulations, in the design phase and then validated the system’s superiority in operations and field tests.

NSM is designed to handle updates and Raytheon Missiles & Defense monitors the military equipment for potential improvements to remain ahead of evolving threats.