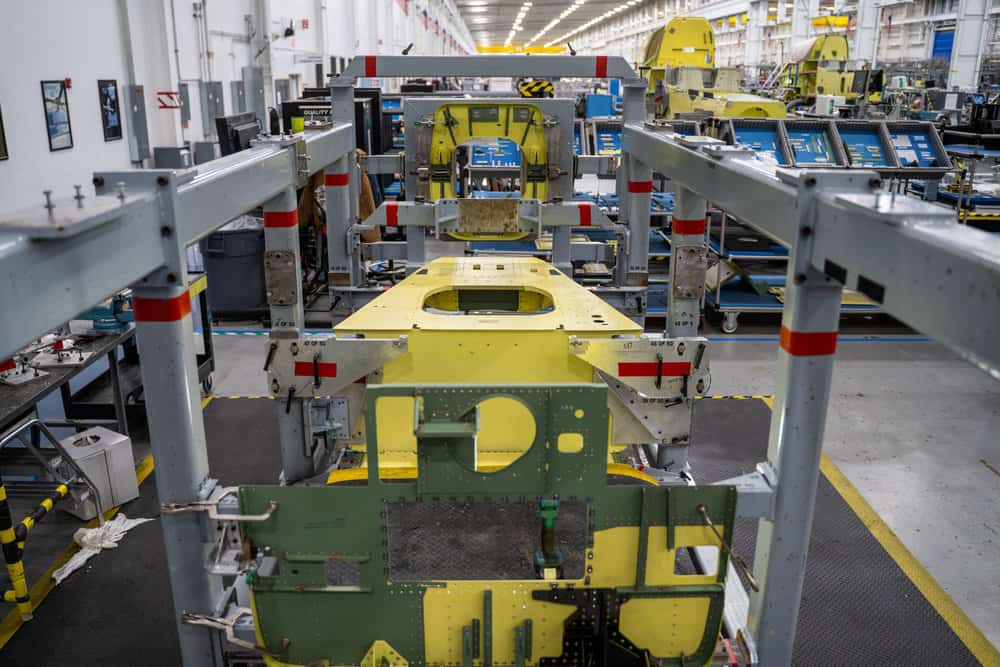 The cabin of a Czech Republic AH-1Z is loaded onto the manufacturing line at the Amarillo Assembly Center to begin production.

The aircraft is being built at Bell’s Amarillo Assembly Center in Texas, U.S. The production of the Viper joins UH-1Y production as part of the Czech Republic Foreign Military Sale (FMS) of mixed fleet aircraft.

“Bell understands what it means to execute a successful international program,” said Mike Deslatte, vice president and H-1 program director, Bell. “We understand the importance of providing the unmatched capability of the H-1 aircraft to our customers. Bell remains focused on producing exceptional combat aircraft and providing modern capabilities for the Czech Air Force as a partner in the H-1 program, along with the U.S. Government.”

Bell’s work beyond aircraft manufacturing includes building a flight training device for the Czech Republic, essential to integrating the new helicopters into the Czech Armed Forces.

Bell began production on the Czech Republic UH-1Y in 2021, marking the first production for an international operator of the UH-1Y. The Czech Republic’s purchase of both the AH-1Z and UH-1Y takes advantage of the 85% commonality between parts and enabling full mission capabilities between both aircraft.