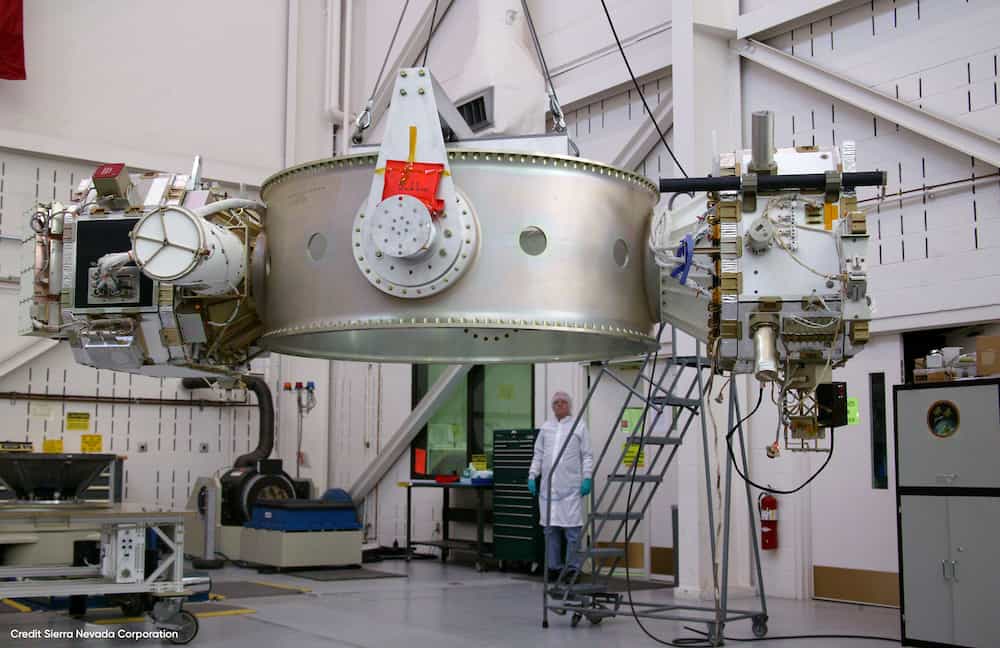 Sierra Nevada Corporation (SNC) has concluded a successful two-year on-orbit research mission for the U.S. Air Force Research Laboratory (AFRL) which saw the largest unmanned, self-supporting structure ever put into orbit – over the size of a football field when fully deployed.

The mission utilized SNC’s Demonstration and Science Experiments (DSX) spacecraft in Medium Earth Orbit (MEO), and resulted in research and technologies that advance potential future deployment of Department of Defense (DoD) spacecraft in the harsh radiation environment of MEO.

“DSX was a successful mission for both SNC and AFRL,” said Fred Rost, senior director of SNC’s Space Mission Systems business unit. “Through DSX the team performed more than 1,300 experiments, significantly contributing to our understanding of how to build spacecraft capable of reliably operating in the harsh environments of MEO and GEO for DoD and other important national security space missions. This was a great success for SNC, AFRL and the nation.”

Collectively, 13 individual payloads combined from these three research areas onto a single platform, DSX, which provided a low-cost opportunity for AFRL due to common requirements.

“We will be working the science from this mission for the remainder of our careers,” said Dr. Robert Johnston, the principal investigator on the science side of the DSX team.

“DSX’s contributions in understanding the environment of space are profound to our nation and the DoD.”