KV Bjørnøya will now be equipped, tested, and completed before it is handed over to the Norwegian Defence Materiel Agency in 2023 vard News By DA Reporter / 21 Mar 2022 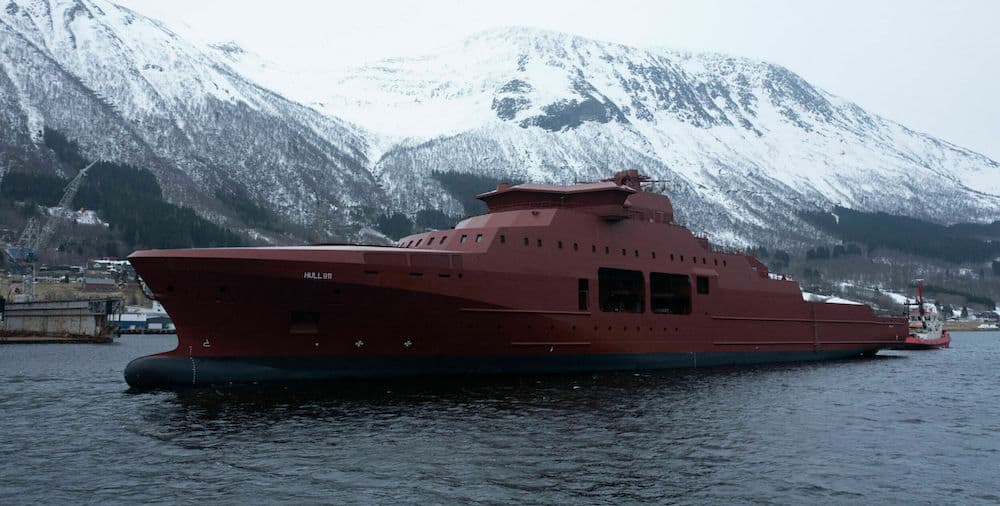 The second of three Jan Mayen-class offshore patrol vessels for the Norwegian Coast Guard has arrived at Vard Langsten in Tomrefjord, Norway for outfitting.

KV Bjørnøya was built in Romania but it will be transfered from a hull to a fully-fledged coastguard vessel by Vard before it is handed over to the Norwegian Defence Materiel Agency (NDMA) in 2023. It will take over from the robust Nordkapp class, which will be retired after more than 40 years in service for the Armed Forces.

“It is important that the vessels are equipped with the capacities necessary to patrol and solve imposed tasks throughout Norway’s area of interest, including Arctic waters,” said NDMA project manager, Odd Magne Nilsen.

The main contract between NDMA and Vard to build three helicopter-carrying and ice-reinforced vessels was signed in June 2018. The acquisition of the coastguard vessels is one of the largest defense acquisitions ever made in the maritime sector.

Equipping of the first-in-class vessel Jan Mayen is now entering a new phase with completion, commissioning, and an extensive test period before the vessel is handed over in Q3 or Q4 2022.

KV Bjørnøya is planned to be delivered to the Armed Forces in 2023, while the third vessel, KV Hopen, will be delivered in 2024.