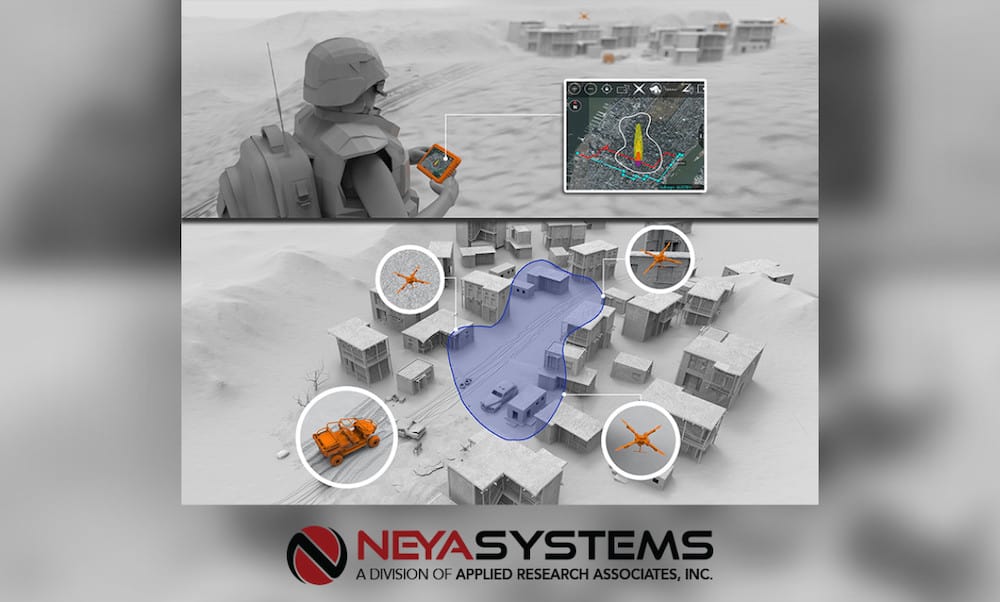 DTRA will use Neya Systems’ Mission Planning and Management System (MPMS) as a TAK-enabled tool that allows operators to coordinate and task a large array of manned and unmanned systems for performing CBRN missions.

DTRA aims to leverage this TAK plugin for enhanced CBRN situational awareness to protect military and civilian populations from intentional or incidental chemical or biological threats.

“MPMS is an end-to-end solution for operations with multiple assets, in domains such as DoD, mining, warehousing, and agriculture,” said Mike Formica, division manager of Neya Systems.

“With over $10 million in direct DoD funding to date, MPMS has successfully controlled and coordinated a wide variety of robotic assets including UGVs and UAVs, such as the Raven UAS, MTRS UGV, and KMAX helicopter.”

The new MPMS-TAK plugin will incorporate a library of known CBRN procedural templates for locating, surveying, and monitoring threats. This will leverage MPMS’s onboard suite of algorithms to auto-assign autonomous platforms to execute CBRN missions. MPMS will receive and disseminate sensor readings from each robotic platform to adjacent TAK plugins, which will then perform hazardous agent release calculations.

Testing and validation of the MPMS-TAK plugin will use simulated robotic assets through Neya Systems’ Virtual Integration and Simulation Environment (VISE). Based on Unreal Engine, VISE leverages several open-source simulation and communication software packages providing the ability to deploy highly customizable vehicles and sensors into complex environments. The program is scheduled to run until May 2022.