With its MILDS Block 2 missile defense system HENSOLDT is supplying a total of 35 sensors (five per aircraft and five units for lab use) to Terma A/S, which is managing the integration of the systems at Lockheed Martin through Terma Inc. hensoldt News By DA Reporter / 16 Mar 2022 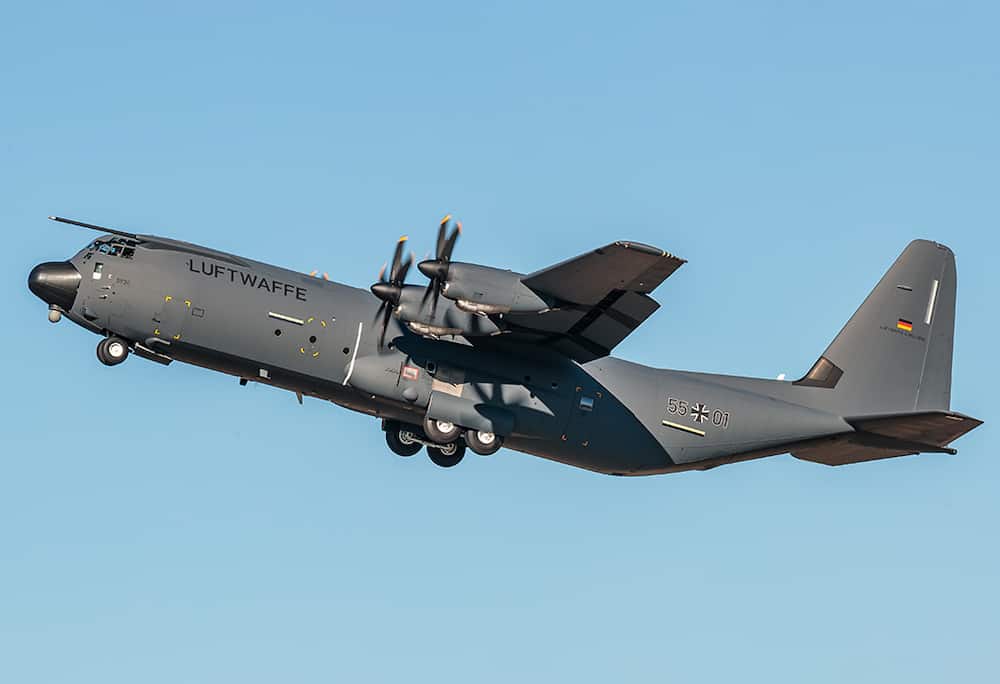 With MILDS Block 2, HENSOLDT is supplying a total of 35 sensors (five per aircraft and five units for lab use) to Danish company Terma A/S, which is managing the integration of the systems at Lockheed Martin through Terma Inc.

The contracts, with a scope of €2.9 million, were signed in 2020. So far, 20 sensors and the ordered desiccant-kits have already been delivered. The remaining 15 sensors will be delivered by January 2023.

The first Hercules for the German Air Force was handed over in Évreux/Fauville (France) in February 2022 to the Franco-German air-transport squadron. With MILDS Block 2, HENSOLDT is also helping to close the capability gap created by the retirement of the C-160 Transall.

MILDS Block 2 is a passive, true imaging sensor system optimized for detecting emission signatures in the UV solar blind spectral band emitted from an approaching missile exhaust plume. The sensor is designed as the successor to the well-known MILDS AN/AAR-60, offering increased sensitivity and additional applications.

A high percentage of aircraft losses in current and recent conflicts have been caused by ground-based defense systems using Infrared Surface-to-Air Missile (IR SAM). To keep pace with this evolution on the threat side, HENSOLDT Sensors has developed the MILDS AN/AAR-60 Block 2 missile warning system, a self-protection solution specifically for helicopters and wide-body aircraft that allows for higher performance and enables additional features such as in-sensor data recording and Hostile Fire Indication (HFI). Rapid detection and declaration, combined with automatic countermeasure release and crew alerting, supports mission success and safe crew and aircraft return.