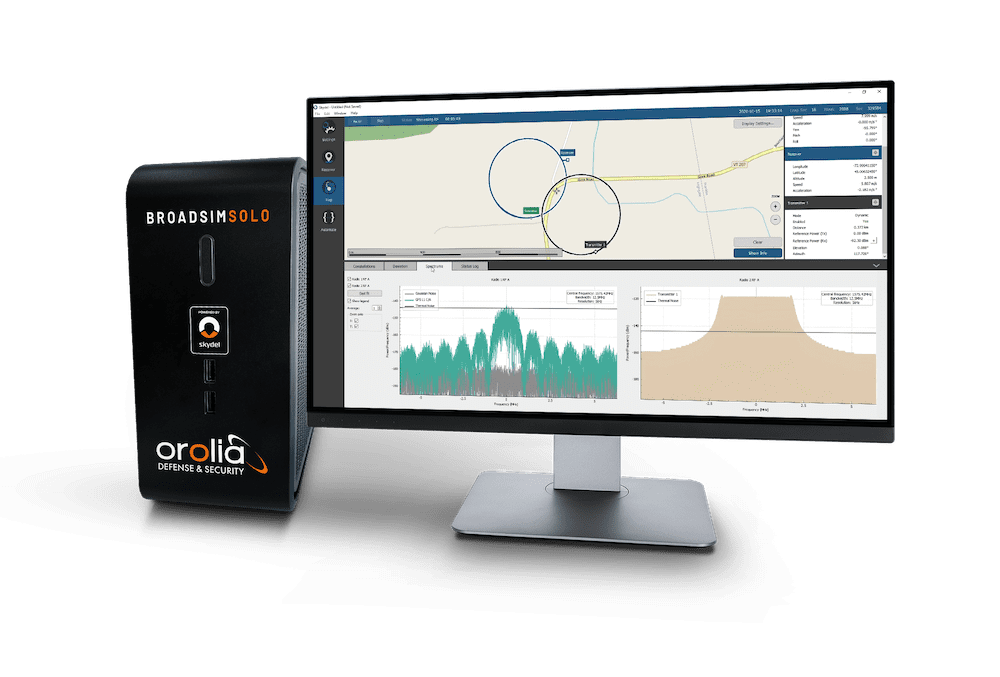 Orolia Defense & Security has released the latest addition to its GNSS simulator family at the Institute of Navigation’s Joint Navigation Conference being held in Covington, Ky.

BroadSim Solo shares the same Skydel Simulation Engine that runs on a standard BroadSim, BroadSim Anechoic and BroadSim Wavefront. It supports advanced scenario creation features and the benefits provided by a software-defined architecture such as high-dynamics, 1000Hz iteration update rate and ultra-low latency of 5ms. Nearly all civilian GNSS signals can be generated through its single RF output, along with GPS AES M-Code, jamming or spoofing signals. BroadSim Solo’s compact form factor is designed to fit a typical desk or workstation.

“Creating complex test scenarios can be a tedious process, especially when emulating challenged environments. Having the ability to create scripts at your desk significantly frees up lab time and space for running these important simulations,” said Tim Erbes, director of engineering for Orolia Defense & Security.

“Also, scenario creation is no longer limited to one person fixed to one system. Imagine a team of engineers, each with a BroadSim Solo, simultaneously building tests. Having a whole fleet of BroadSim Solos? It’s game-changing.”

“In an effort to enhance the customer experience and expand the reach of advanced GNSS simulators, we wanted to offer an affordable solution with all of the same core features as our most advanced BroadSim systems,” said Tyler Hohman, director of products for Orolia Defense & Security.

“This gives our customers the opportunity to place more simulators in the hands of engineers and scientists without sacrificing capabilities. Our hope is that customers will find value in having a simulation ecosystem that is scalable based on their requirements.”