GBL Systems Corporation and Samsung Electronics America will support one of the largest testbeds, demonstrating the use of augmented reality/virtual reality over 5G networks for training applications samsung-electronics-america News By DA Reporter / 29 Jul 2021 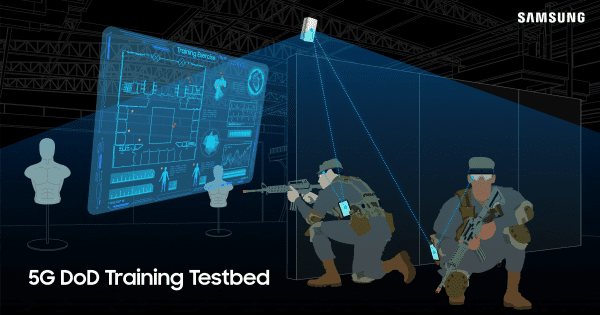 The testbeds are part of a broader Department of Defense (DoD) initiative announced in October 2020, which awarded $600 million in contracts for 5G testing at several U.S. military test sites.

GBL and Samsung will support one of the largest testbeds, demonstrating the use of Augmented Reality (AR) and Virtual Reality (VR) over 5G networks for training applications.

“GBL is excited to work with Samsung to rapidly field a 5G network that is scalable, resilient, and secure to create a prototype test bed in support of a new DoD 5G-enabled AR/VR training capability,” said Jim Buscemi, CEO.

“This effort has the potential to revolutionize how the DoD performs distributed training exercises that are more combat-like to significantly advance warfighter readiness.”

GBL will be responsible for prototype creation, technology integration, and aligning the solution with DoD requirements.

The Army trainees will use AR/VR goggles to see enhanced digital content overlaid onto the real world, and can use this digital imagery to interact with and acquire information about their real environment.

The aim is to deploy a scalable, resilient and secure 5G network for AR/VR-based mission planning and training.

The testbeds will support AR scenarios to elevate live field military training exercises. Simulated scenarios include virtual obstacles found in the combat theatre, and overlays of data and instruments relied on by military personnel.

Testing will start in a lab environment using Samsung’s mmWave and mid-band 5G radios. Field testing will then follow at two U.S. Army training bases that will support a live and simulated Army brigade.

These field tests will primarily use mid-band 5G radios to maximize coverage and expand training capacity from a company-level to ultimately a brigade-level of soldiers.

“Samsung is pleased to collaborate with GBL to deliver a reliable, resilient and secure 5G network for the DoD to evaluate new capabilities for our U.S. troops,” said Imran Akbar, Vice President and Head of New Business Team, Networks Business, Samsung Electronics America.

“We believe in the transformative power of 5G and look forward to assisting the DoD as they use this technology to increase training safety and strengthen the Nation’s defense capabilities.”