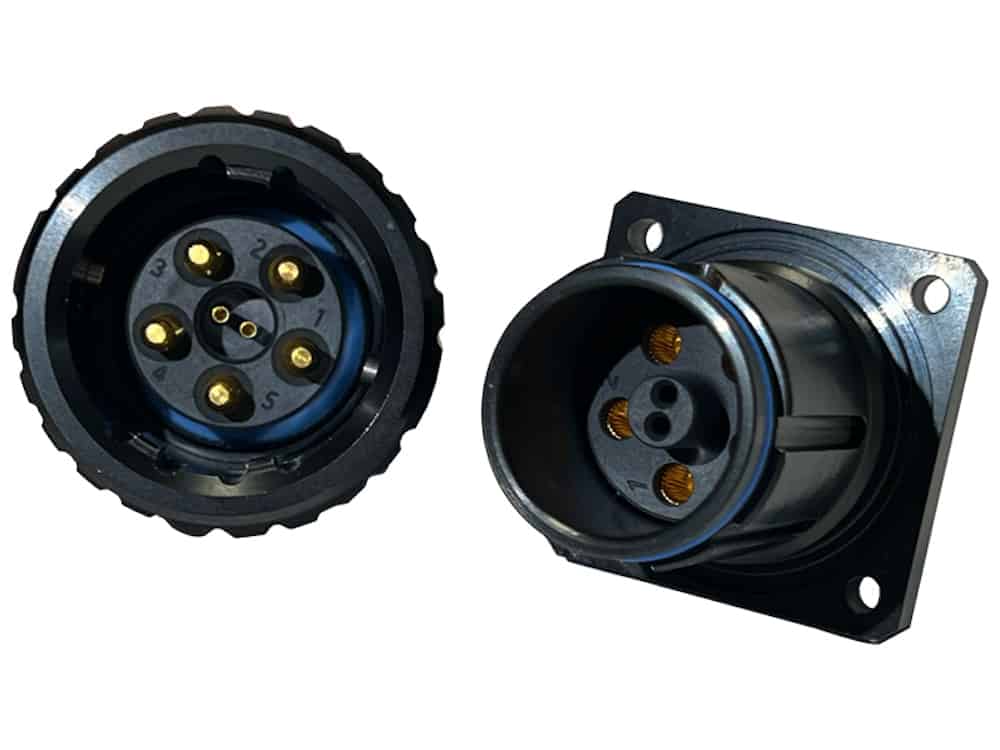 Smiths Interconnect has expanded its existing HBB single-pole connector series with the introduction of a new five-pole version. The new configuration consists of the existing size 21 shell but contains five poles, each with size eight contacts as well as two interlock pins. This means that in a very tight space, the customer can run five power lines which increases the connectors’ flexibility and offers the ability to run redundant lines as required.

Whilst a traditional 38999 connector features a threaded lock, the HBB has a unique, quick latch mechanism. Beyond just ease of use, this latching feature also provides additional security whilst allowing the end user to group the connectors far closer than other alternatives on the market. The HBB latches simply by pushing the plug until the user hears a click, which is combined with tactile and visual feedback, giving confirmation that the plug is locked.

The HBB series’ contacts feature the Hypertac Hyperboloid technology. The Hypertac contacts have low insertion and extraction forces, are easy to mate and demate, and provide very low contact resistance. An added benefit of the new five-pole version is that it has even higher safety protection than the single pole. The new HBB includes a ‘last mate first break’ safety interlock system enabling automatic power shut-off when connectors are unmated.

As the five-pole is able to handle five different lines, it is ideal for both ground and air combat vehicles as it can carry power to different areas on the vehicle.

The HBB five-pole can also be used in wider applications within defense, such as missile launcher platforms and ground radar installations, where the requirements for robust high-power interconnectivity are ever-growing.

“We’re starting to see more hybrid fighting vehicles, and soon we will see all-electric,” explains Mark Kelleher, Vice President and General Manager of the Connector Business Unit at Smiths Interconnect. “These connectors will be needed for all the ancillary equipment as well as the drive train itself.”