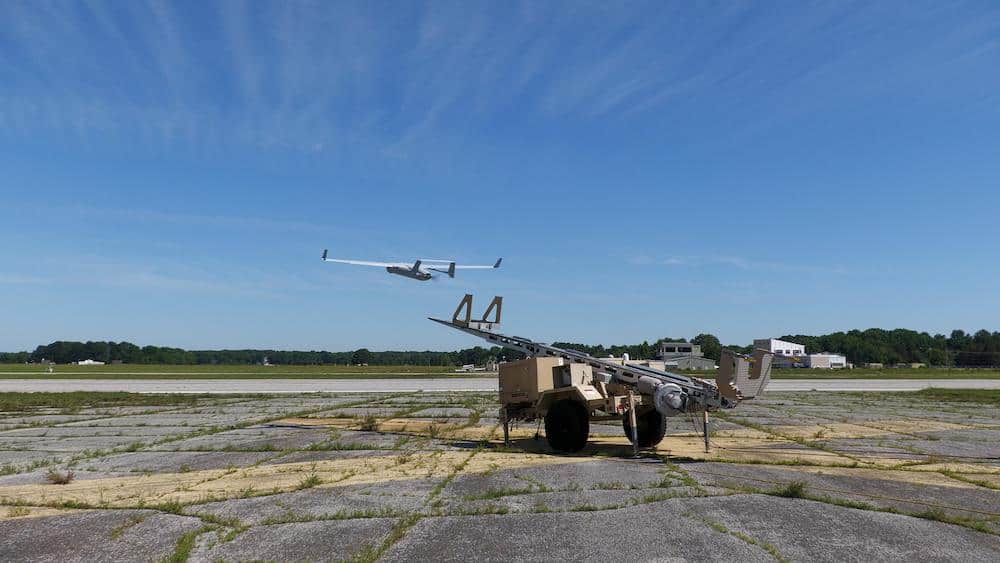 Guardian tracks manned and unmanned systems across an airspace within a 200 nautical mile radius. The system helps to improve airspace safety using ground-based sensors to communicate with air vehicle operators in ground control stations to provide visual cues for navigation and traffic avoidance maneuvers like turn, ascend, or descend in instances where collisions are imminent – all on a computer screen, similar to GPS in a car.

“Guardian is a technology that will safely enable manned/unmanned teaming. We’re starting at Department of Defense (DoD) test ranges, but every squadron or ship could integrate this system seamlessly for a safer air wing at sea or ashore,” said Kris Melton, NAWCAD’s Guardian project lead. “Our single priority is getting Guardian ready for the future of Naval and Marine Corps unmanned aviation. We’re training our test pilots and fine-tuning the tech during this demo to prepare for the new carrier based unmanned air system, MQ-25’s, arrival to Pax but Stingray is just the beginning.”

During the test, air vehicle operators from Unmanned Air Test and Evaluation Squadron (UX) 24 flew two RQ-21 Blackjacks toward each other while Guardian operators monitored screens that displayed the systems’ approach as part of the test plan.

Guardian alerted its operator of an imminent collision once the two systems came within 400 feet of each other and made avoidance maneuver suggestions helping operators successfully avoid the simulated collision.

The restrictions make flight operations increasingly difficult to schedule as unmanned aviation becomes a larger part of the Navy’s portfolio. For example, only a single unmanned vehicle can operate over NAWCAD’s airspace, the Atlantic Test Ranges, at any given time making flight operations a challenge to manage across Pax River’s six squadrons testing every aircraft for the Navy and Marine Corps.

Guardian is currently the only ground based detect and avoidance system developed to meet the FAA’s performance standards for unmanned systems. The test team expects Naval Air Systems Command certification by end of fiscal year 2023.

Guardian was initially developed for defense test ranges in partnership with the Army’s Redstone Test Center, and has early interest from the Air Force. The system is funded by the Office of the Secretary of Defense’s Test Resource Management Center and the MQ-25 Stingray’s program at this time. The test team is targeting technology adoption by the MQ-8 Fire Scout, MQ-4C Triton, and Small Tactual UAS programs for the future.