The HIMARS will be produced at Lockheed Martin’s Precision Fires Center of Excellence in Camden, Arkansas By DA Staff / 03 Sep 2020 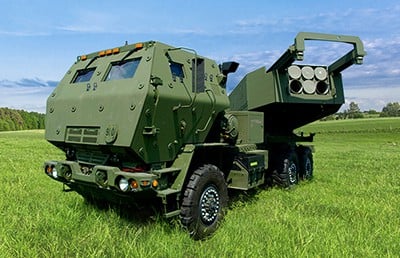 Lockheed Martin will produce and build 28 HIMARS at its Precision Fires Center of Excellence in Camden, Arkansas. The contract calls for launcher and associated equipment delivery starting in late 2022 for the U.S. Marine Corps and international customer.

“These new HIMARS launchers will provide unmatched mobile firepower in support of multi-domain operations, and our allies can count on Lockheed Martin’s continued support in maintaining these combat-proven systems,” said Campbell.

For more than 40 years, Lockheed Martin has been the leading designer and manufacturer of long-range, surface-to-surface precision strike solutions, providing highly reliable, combat-proven systems like MLRS, HIMARS, ATACMS and GMLRS to domestic and international customers.