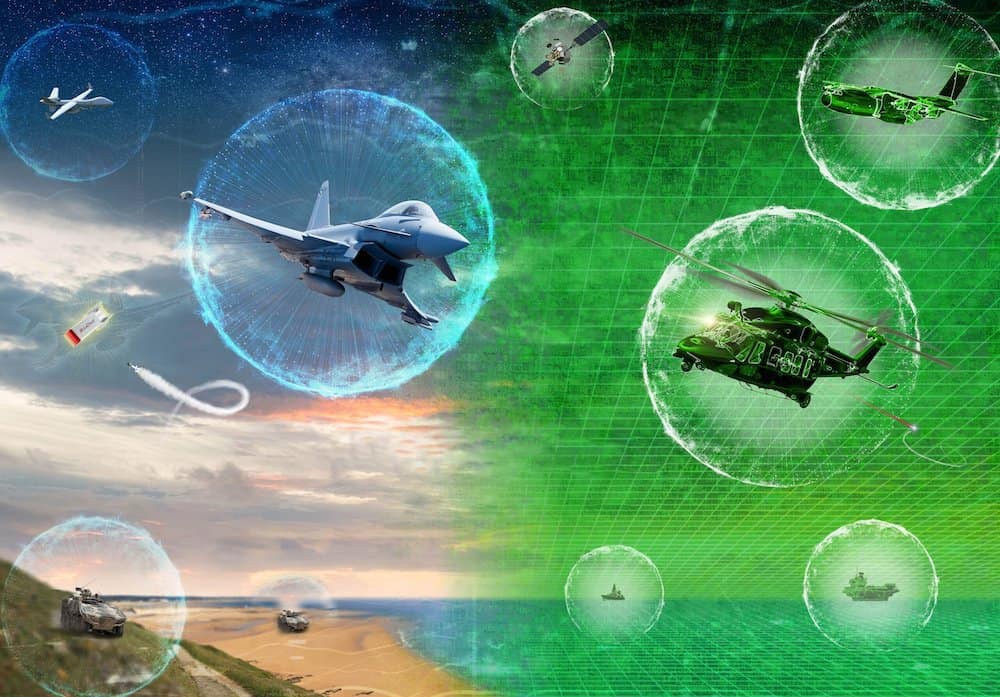 Leonardo has introduced Newton, a new software product which simulates the latest threats to Armed Forces and the countermeasures they can take to improve survivability.

Newton, unveiled at the CANSEC 2022 exhibition in Ottawa, Canada, can be used to accelerate and validate the development of new Electronic Warfare (EW) technologies, tactics, and techniques. The virtual, physics-based environment allows new technologies to be digitally modelled and virtually tested in a true-to-life environment which replicates the battlefields of today and tomorrow.

Previously, simulations would only cover a single domain, however modern conflicts are much more likely to involve air, land, naval and even space forces in the same engagement. This is why the EW experts at Leonardo have assessed and evolved the company’s existing simulation software to bring it up to date. Newton will be continuously updated to ensure it remains in line with the multi-domain requirements of modern Armed Forces.

Newton is also the first commercial tool on the market to simulate integrated defensive aid suites across the Electro-Optic (EO), Infrared (IR) and Radio Frequency (RF) sensors and effectors for land, sea, and air forces. Another first-to-market feature is its ability to portray the kind of complex multi-threat, multi-mode engagements that Armed Forces will be expected to face in near-peer conflicts.

The ability to simulate a modern and congested EW environment makes Newton useful for a wide range of purposes including the development of operational tactics and electronic countermeasures, validation, support for advanced research and development and pre-operational mission simulation. Leonardo’s EW software is in use by Armed Forces, research agencies, OEM and defense suppliers.

As with all of Leonardo’s electronic warfare capabilities, as well as providing the product itself, Leonardo can provide training and support from a basic level all the way up to helping to establish national EW centers of excellence for a customer’s Armed Forces.

Newton scales to hundreds of platforms, sensors, threats, jammers and countermeasures all the while maintaining modelling fidelity. Its extensive simulation capabilities are accessed via a modern user-centric UI to provide an intuitive simulation environment. Newton’s modelling includes an array of current, modern, and future threats, sensors, and jammers to provide the maximum protection of personnel and equipment.