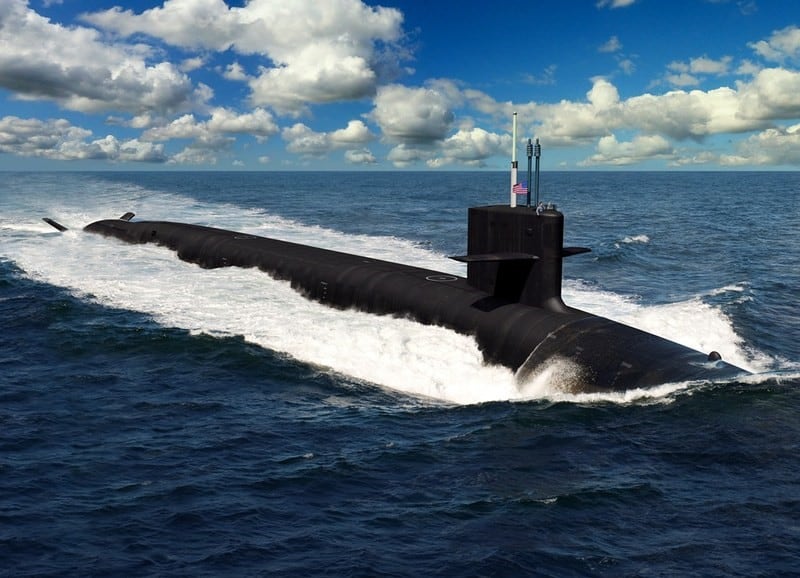 General Dynamics Electric Boat (GDEB) has been awarded a contract by the U.S. Navy for the construction and test of the lead and second submarines of the Columbia class, as well as associated design and engineering support.

The Columbia program will replace the aging Ohio class of ballistic missile submarines. These new vessels will be the largest submarines ever built by the United States, at 560 feet long with a displacement of nearly 21,000 tons. They will have a life-of-ship fuel core that will power the submarine for its entire service life, eliminating the need for a mid-service refueling.

GDEB will perform approximately 78% of the construction of the Columbia class submarines, and recently shifted the program to full-scale construction at the company’s manufacturing complex in Quonset Point, Rhode Island. Construction of four of the lead vessel’s six ‘supermodules’ will take place at GDEB’s Quonset Point facility. The supermodules will then be transported by barge to the company’s Final Test and Assembly yard in Groton, Connecticut, where the components will be assembled into a complete submarine in a 200,000 square-foot facility now under construction specifically for the Columbia class.

GDEB recently reported that the design maturity for Columbia was almost 90% complete, nearly twice the level of design completion of the lead Virginia-class submarine when it started construction. The lead ship will be delivered to the Navy in 2027.

Kevin Graney, president of General Dynamics Electric Boat, commented: “Electric Boat has been making preparations for construction of the Columbia class for nearly a decade, including advancing the design of this critical Navy asset, hiring and training thousands of skilled tradespeople, modernizing our facilities and helping to bolster the supply base. As a result, Columbia’s design is more advanced than that of any previous submarine program. We are grateful for the unwavering support of the Navy and Congress in securing funding to avoid disruption of this critical program.”