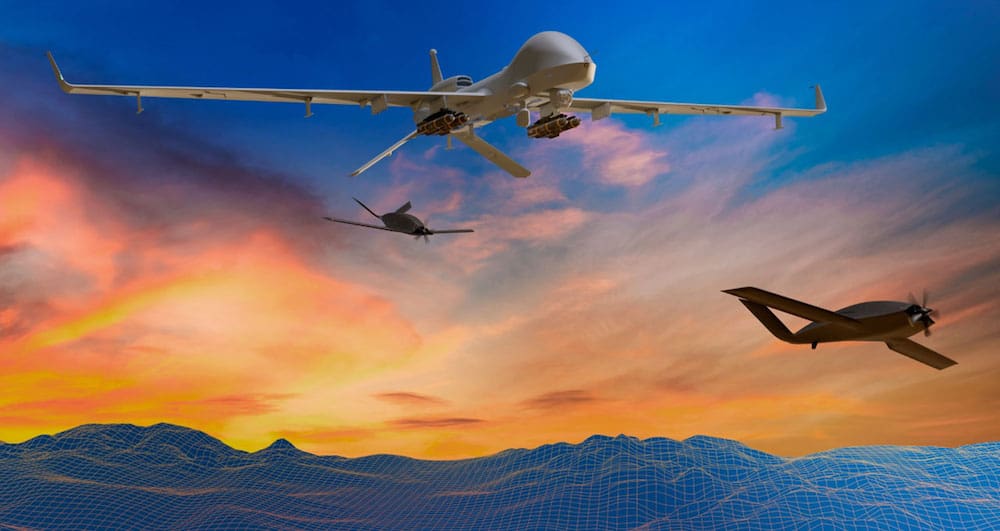 According to GA-ASI, the GE-25M brings a Modular Open Systems Approach (MOSA) to the Multi-Domain Operations (MDO)-capable system to ensure incremental enhancements can be made at the speed of emerging threats.

“GE-25M incorporates MOSA across the aircraft and ground system architectures, which enables rapid integration of advanced payloads and communication equipment, along with Artificial Intelligence and Machine Learning (AI/ML) capabilities,” said GA-ASI Vice President of Army Programs, Don Cattell. “This will reduce the sensor-to-shooter timelines, while simultaneously reducing the datalink bandwidth requirements in a contested environment, thus increasing range and resiliency.”

The onboard edge processing capability aims to maximize the utility of the Medium-Altitude, Long-Endurance (MALE) aircraft providing, in near real time, threat Detection, Identification, Location and Reporting (DILR) to the US Army and Joint Force. The software components are being designed to be portable to other manned and unmanned aircraft systems the US Army is developing, enhancing capability while reducing cost.

Factory upgrades began on two US Army Gray Eagle Extended Range UAS in 2022 which will become the first 25M variants. These 25M aircraft are scheduled for flight test and qualification beginning in 2023. The GE-25M comes packaged with a next-generation SAR with long range sensing and navigation capability, and advanced mission-tailorable sensors and payload options. The GE-25M is controlled from a laptop-based MOSA ground station, reducing material footprint while improving transportability, as well as enabling expeditionary operations.