The SPY-6(V) family of radars built by Raytheon is ground-breaking technology that will enable the Navy to see farther, react quicker and greatly enhance their defense against threats News By DA Editor / 19 Feb 2021 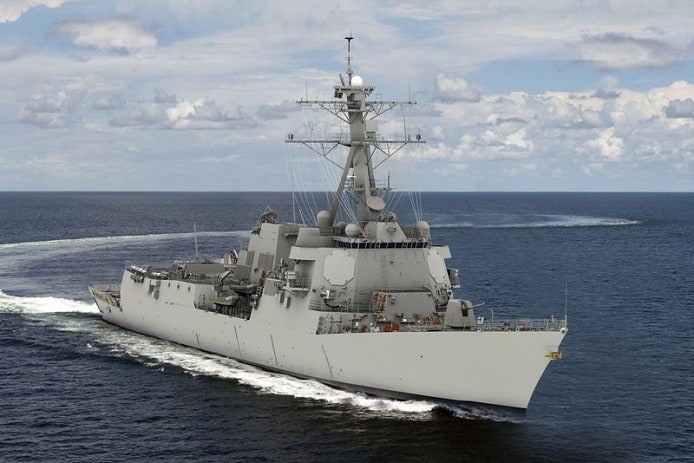 Installation of the U.S. Navy’s AN/SPY-6(V)1 radar has begun on the service’s new Aegis Flight III guided-missile destroyer, the future USS Jack H. Lucas (DDG 125). The four arrays that comprise the highly advanced radar system, built by Raytheon Missiles & Defense, are being installed on the ship at the Huntington Ingalls Industries shipyard in Pascagoula, Miss.

“As the future USS Jack Lucas takes shape, we are at the cusp of a new era for detection and discrimination of threats and decision-making at sea,” said Capt. Jason Hall, program manager for Above-Water Sensors for the U.S. Navy’s Program Executive Office for Integrated Warfare Systems. “SPY-6 will fill critical mission gaps and enable precision operations in jammed and cluttered environments like never before.”

“SPY-6 provides the Navy with unprecedented operational flexibility and readiness against a multitude of threats, and this milestone is a transformative step forward to placing unmatched technology into sailors’ hands,” said Kim Ernzen, Naval Power vice president at Raytheon Missiles & Defense. “From COVID-19 to hurricanes along the Gulf Coast, our partners cleared numerous hurdles to complete deliveries and keep this important part of the ship-build on schedule.”

The future USS Jack H. Lucas is the first Flight III DDG to receive SPY-6(V)1 and is on track to deliver in FY23.