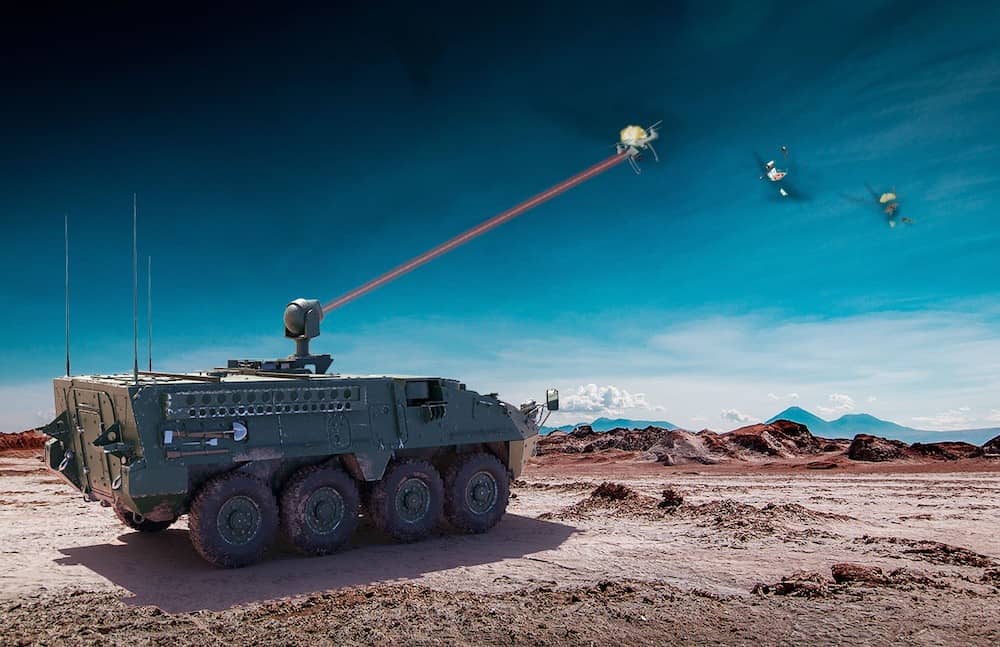 “The successful execution of the DE M-SHORAD system represents a major step forward in getting this state-of-the-art capability to our soldiers on the ground, in line with the U.S. Army’s modernization strategy for air and missile defense,” said Byron Bright, KBR Government Solutions President.

“In under two years, the program has rapidly progressed from design to integration and now performing in an operational environment, which is a tremendous accomplishment.”

The CSO also showcased the ability of the KBR team to rapidly train the soldiers on the DE M-SHORAD prototype, using a variety of modern training tools, including commercial gaming controllers and interactive, tablet-based three-dimensional models of the system. Soldiers were first taught to operate the DE M-SHORAD vehicle using immersive virtual training designed by KBR to maximize soldier effectiveness in the vehicle.

“Soldier-centered design throughout the prototyping effort is only the start,” continued Bright. “The CSO demonstrated that soldiers were able to rapidly learn how to operate the system and quickly demonstrate proficiency in target acquisition, aim point selection, and engagements thanks to state-of-the-art training utilizing immersive technology for the modern soldier.”

Following the successful shoot-off, RCCTO announced the program is still on track to deliver a platoon of four laser-equipped Strykers by the end of fiscal year 2022.

“This marks the beginning of the next chapter of technologically advanced weaponry, proving that highly mobile, lethal laser weapons are here to stay,” said Bright. “We understand the urgency to get these systems rapidly and reliably deployed.”

KBR works with industry-leading technology developers and government partners to bring this speed-of-light capability to the tactical edge of the battlefield. Laser beam engineering and integration is led by experiments that evaluate threat systems and analyze beam characterizations. This crucial technology allows for laser strength testing and development in support of counter drone missions for national defense. The ability to replicate perceived and actual laser threat capabilities, as well as aircraft targets to record lethality, is unique to KBR.