The new version of the H145 features a five-bladed rotor that increases the helicopter's payload by 150 kg, and a new bearingless main rotor that simplifies maintenance operations airbus-helicopters News By DA Reporter / 24 Jun 2022 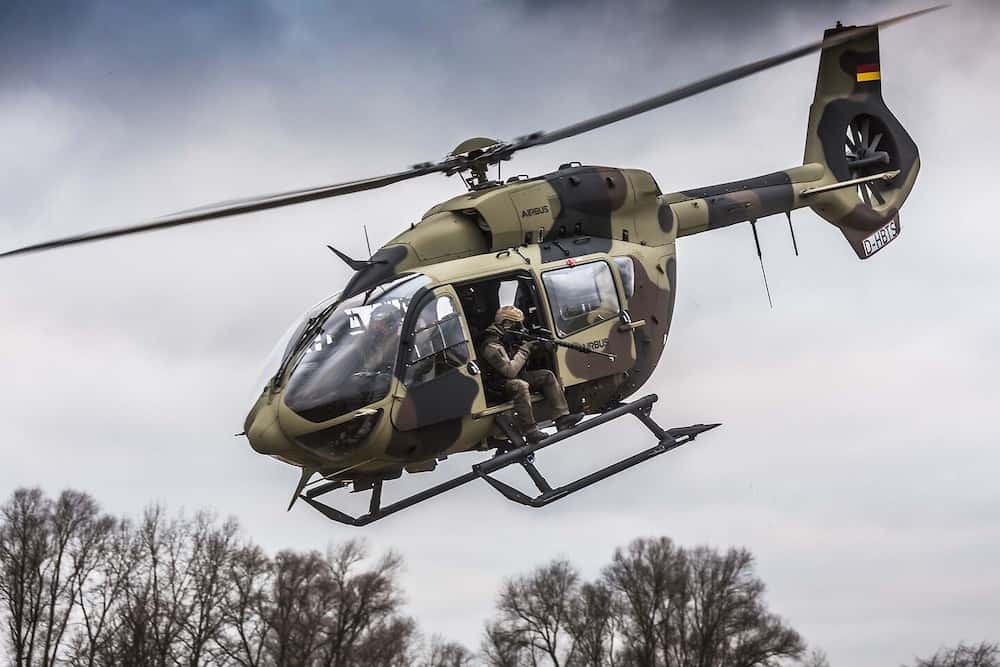 Leading companies from the German aerospace and defense industry have joined forces to provide the Bundeswehr with the five-bladed H145M as their light support helicopter. A requirement for up to 55 helicopters is expected.

Under the name ‘LUH SK – Team H145M’, Airbus Helicopters, ecms Aviation Systems, Hensoldt Sensors and Hensoldt Avionics, Liebherr-Aerospace, Rohde & Schwarz, Safran Helicopter Engines and ZF Luftfahrttechnik are working together to guarantee the Bundeswehr a high-quality overall package with a good price-performance ratio and short delivery times. One of the major focuses is on providing support for the helicopter from Germany.

“We have a strong product with very high availability, guaranteed short delivery times and have organized support for the weapons system with a large number of German companies,” said Wolfgang Schoder, Managing Director of Airbus Helicopters in Germany. “With the formation of the team, we are offering the Bundeswehr a complete configuration that can be procured quickly and efficiently.”

The H145M multi-role helicopter has already been in service with the German Armed Forces since 2015 and has proven its value with its flexibility and an availability of over 90%. The new version of the H145 features a new, innovative five-bladed rotor that increases the helicopter’s payload by 150 kg. The design of the new bearingless main rotor also simplifies maintenance operations.

In addition to tactical air transport, the light twin-engine helicopter can be used for the deployment of crisis response forces, fire support, and armed reconnaissance as well as the evacuation of wounded or the liberation of hostages. It has also increasingly taken on the role as a flying command post.

The H145 was developed as a civilian model for day and night operations and in the most adverse conditions. It is used by armed forces, police and rescue teams all over the world. Powered by two powerful Safran Helicopter Engines Arriel 2E turbines, it is controlled by the FADEC (full authority digital engine control) system. In addition, the helicopter is equipped with the Helionix digital avionics suite and thus offers not only innovative flight data management but also a powerful 4-axis autopilot, which considerably reduces the pilots’ workload in their missions. Its particularly low noise emissions make the H145 one of the quietest helicopters in its class.