The only explosive disposal robot in the world equipped with a variable geometry system, which allows it to adjust its width to suit any environment at any time in just a few seconds News By DA Editor / 08 Mar 2021 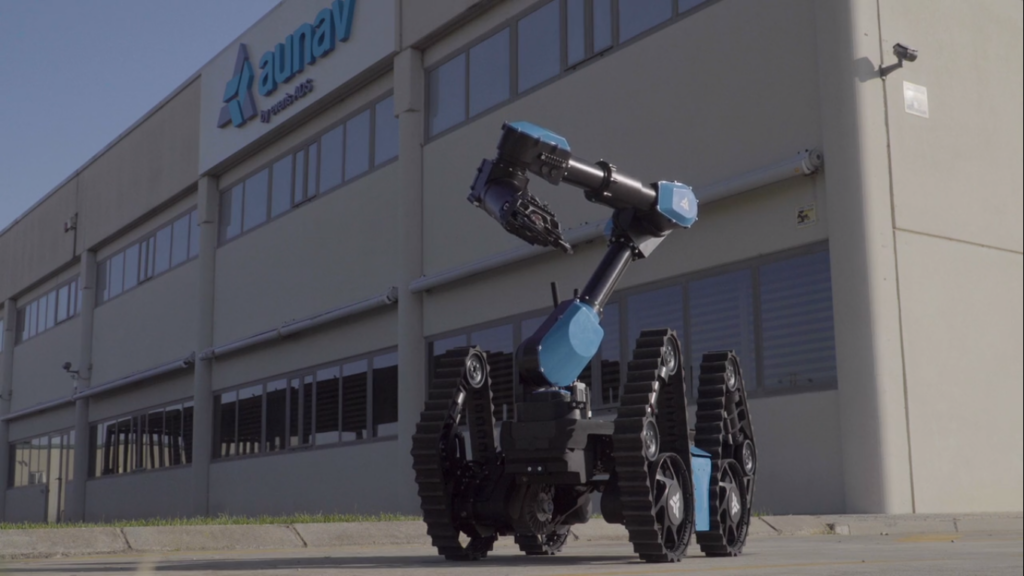 The aunav.NEO which was launched last September was the most prominent attraction in the aunav line-up. The aunav.NEO is unique on the market with its variable geometry, allowing the robot to rapidly increase or decrease its width during a mission to adapt to whichever situation it is presented.

This exceptional technology enables the system to operate in tight spaces such as plane, bus or subway aisles, underground tunnels and naturally, it does very well on rough terrain and open spaces alike.

It is further complemented by the platform’s self-stabilization technology, which always keeps it in a horizontal position in relation to the ground and is unaffected by stairs, ramps or uneven terrain. The aunav.NEO’s capabilities are boosted by an arm attachment that performs threat prevention and neutralization tasks with a superb combination of strength and precision.

Pablo Vázquez, General Director of aunav, said, “The aunav.NEO is also the lightest robot in our catalogue and incorporates state-of-the-art technology. The objective of aunav is to provide security and armed forces with cutting-edge solutions so that they can safely approach high-risk situations with the maximum guarantee of success.”

The aunav.NEO is controlled by the aunav’s exclusive Remote Control Unit (OCU). Noteworthy is the Autonomous navigation systems, for both indoors and outdoors, which generates 3D maps of the environment.