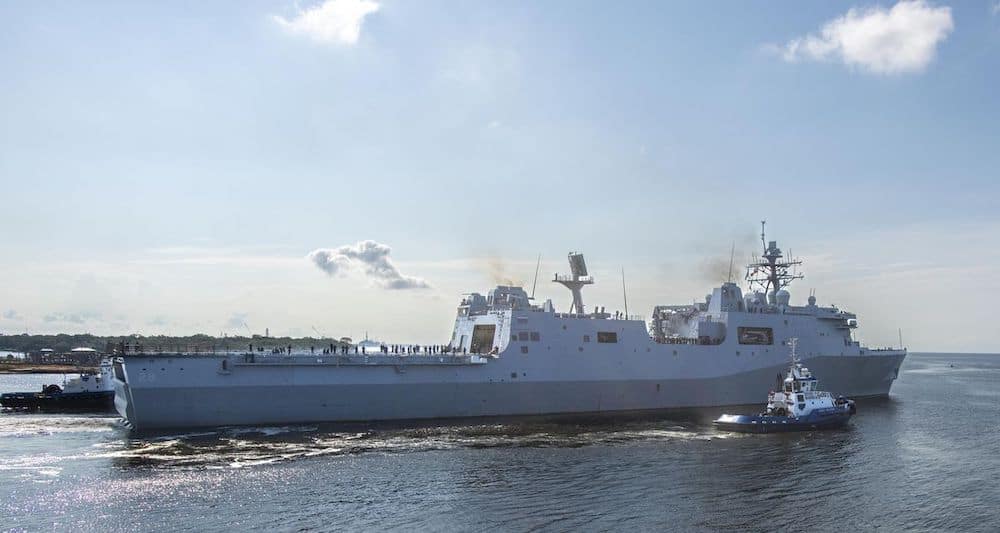 “Ingalls Shipbuilders take great pride in knowing that each and every amphibious ship that leaves this shipyard will support our Navy and Marine Corps team defending our nation,” Ingalls Shipbuilding President, Kari Wilkinson, said. “We at Ingalls remain committed to this partnership and consider it a privilege to serve those who serve.”

“Watching Fort Lauderdale sail away to join the Navy’s fleet is a very proud moment for our entire LPD shipbuilding team and our skilled workforce,” said Mike Pruitt, Ingalls LPD program manager. “Our shipbuilders have done an outstanding job building a mission capable ship for these sailors and our country.”

LPD 28 is scheduled to be commissioned on July 30 in Fort Lauderdale. It is named to honor the Florida city’s historic ties to the US Navy, which date back to the 1830s and include an important naval training center during World War II.

Amphibious transport docks are a major part of the Navy’s 21st century expeditionary force, deployed with a US Marine Corps Air-Ground Task Force for amphibious and expeditionary crisis response operations that range from deterrence and joint-force enablement to humanitarian assistance and disaster relief.