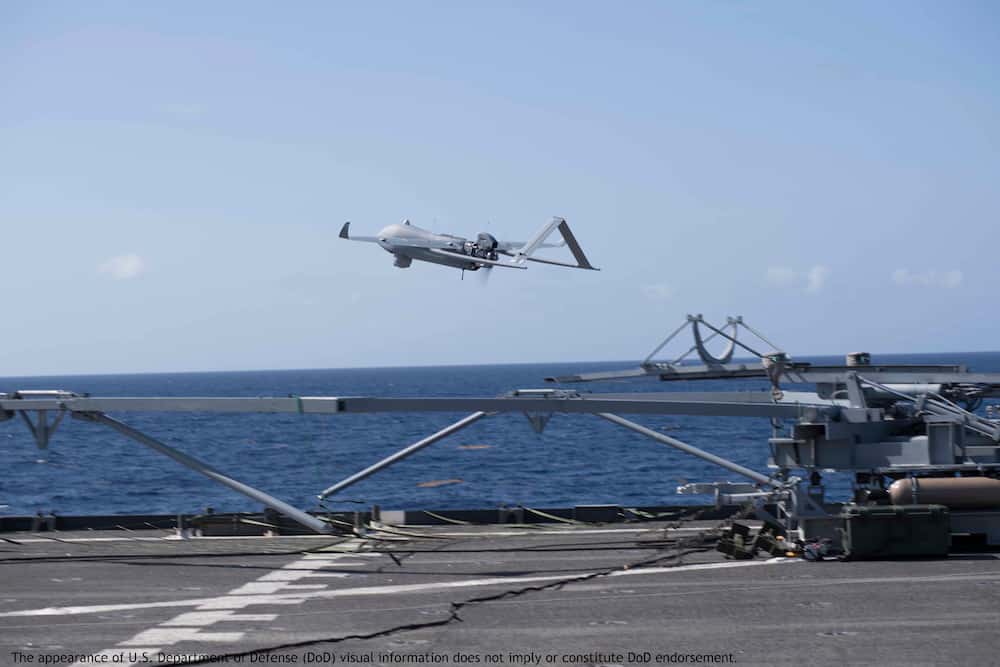 The US Naval Air Systems Command (NAVAIR) has awarded Textron Systems a contract for the provision of Unmanned Aerial System (UAS) operational support for the US Navy’s USS Miguel Keith (ESB-5).

Valued at up to $22 million, the contract will have a total performance period of five years, beginning fiscal year 2023.

Textron will deploy its Aerosonde UAS aboard the ESB-5 to provide extended-range Intelligence, Surveillance and Reconnaissance (ISR) services with enhanced mission payloads. In addition, the company will deploy its Field Service Representatives (FSR) to work alongside Navy personnel to support maritime missions.

The Aerosonde UAS is currently supporting four US Navy ships, including two DDG-class ships. USS Miguel Keith is the second ESB vessel to receive UAS operational support from Textron Systems, which is currently under a four-year contract to support the US Navy’s USS Hershel “Woody” Williams (ESB-4).

“There are numerous vessels of opportunity with the Navy that can benefit from consistent multi-INT ISR,” said Wayne Prender, Senior Vice President, Air Systems. “Through this fee-for-service contract, the Navy can continue to mature future shipboard ISR requirements while supporting existing real-world missions. We are already seeing the benefits for DDG and ESB- class ships, and we continue to optimize our services to deliver the unique operational and logistical capabilities our customers demand in order to accomplish their mission and keep our sailors safe.”

Designed for expeditionary land- and sea-based operations in austere environments, Textron’s Aerosonde UAS is equipped for multiple payload configurations. The system has amassed over 585,000 flight hours serving various US and international allies.