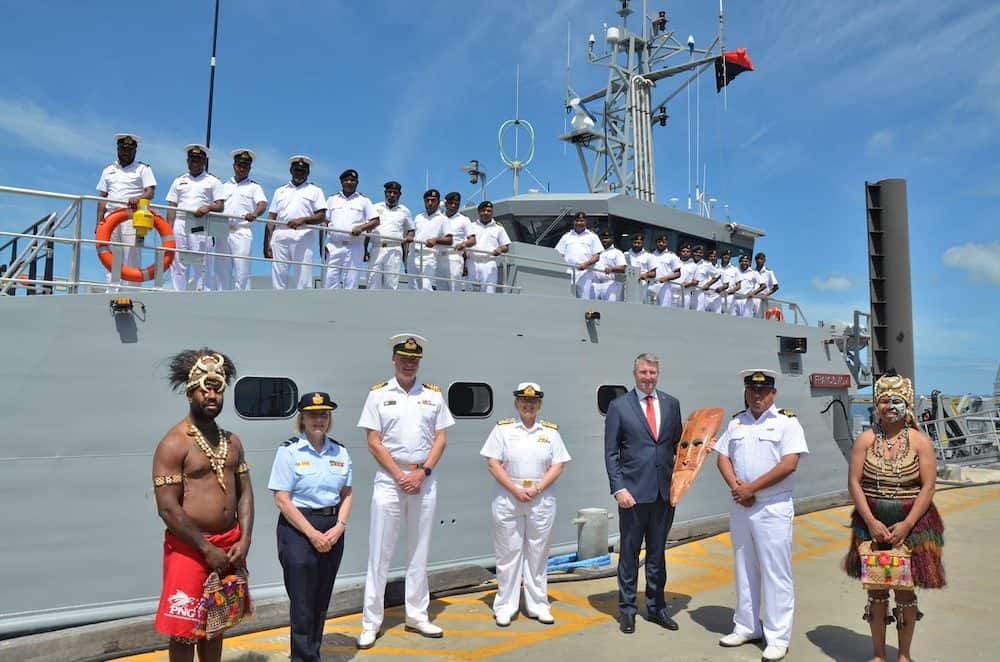 Austal Australia has delivered the 13th Guardian-class Patrol Boat (GCPB) to the Australian Department of Defense. The vessel, known as NUSHIP Francis Agwi, was then gifted by the Australian Government to the Papua New Guinea Defense Force at a ceremony held at Austal’s shipyard in Henderson, Western Australia.

The vessel is the third of four GCPBs to be delivered to Papua New Guinea under the Pacific Patrol Boat Replacement Project (SEA3036-1), part of the Australian Government’s Pacific Maritime Security Program.

“Indeed, the Project teams’ successful collaboration has been formally acknowledged at the recent Essington Lewis Awards, for excellence in defense project management.

“The Pacific Patrol Boat Replacement Project was announced as a finalist for the Major Acquisition Project Award for 2021, which is a great recognition of the fantastic effort by stakeholders from Defense, Austal and across the National Naval Shipbuilding Enterprise.”

Each vessel of the GCPB fleet will have an overall length of 39.5 meters, an overall beam of 8 meters, and a cargo deck area of 16 meters². It can accommodate up to 23 personnel.

Faster, with improved seakeeping, better amenities and an enhanced mission capability – including an integrated Rigid Hull Inflatable Boat (RHIB) stern launch and recovery system – the GCPBs provide the Papua New Guinea Defense Force with a naval asset to carry out border patrols, regional policing, search and rescue, and many other operations domestically and internationally.

The Pacific Patrol Boat Replacement Project was awarded to Austal Australia in May 2016, with an additional contract option awarded in April 2018, taking the program to 21 vessels valued at more than A$335 million. Twelve Pacific Island nations will receive the vessels through to 2023.