Sea Ceptor can protect an area up to 500 square miles, engaging multiple targets simultaneously and reaching speeds of up to three times the speed of sound as it intercepts mbda News By DA Reporter / 20 Jul 2021 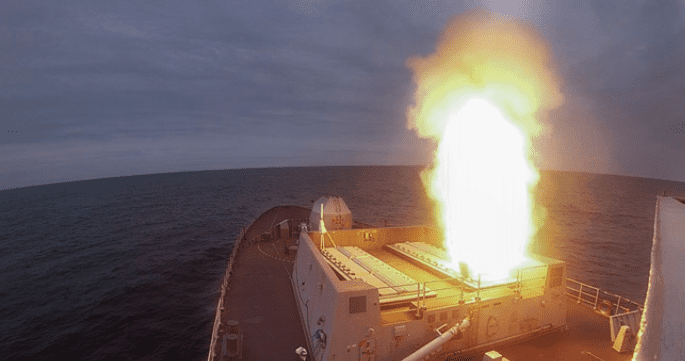 The Royal Navy’s premier shield against air attack, the Type 45 destroyer, is getting a £500m missiles upgrade in which all vessels will add the Sea Ceptor Common Anti-Air Missile (CAMM) system to their arsenal as an extra layer of protection for the ships and the task groups they protect.

MBDA U.K. has been awarded the contract to integrate its Sea Ceptor CAMM system into the existing Sea Viper system. The vessels’ principal weapon system and first line of defense against air attack, the Sea Viper system, will also be enhanced.

Sea Ceptor is already in service with all 13 Type 23 frigates and will be installed in their successor Type 26 and 31 classes currently under construction.

Smaller, with a shorter range than Sea Viper, Sea Ceptor can protect an area up to 500 square miles (1,300 square kilometres), engaging multiple targets simultaneously and reaching speeds of up to three times the speed of sound as it intercepts.

As well as incoming missiles and aircraft, Sea Ceptor is able to engage small surface targets such as fast attack craft.

The forward silo space on the Type 45s will house the 24 Sea Ceptors.

The investment should support more than 100 highly-skilled jobs in Bristol, Stevenage, Gosport and Bolton. The Aster upgrade is a joint British-French-Italian effort and includes investment in a dedicated facility at Defense Munitions in Gosport.

“These programs of work will provide an exceptional capability to the front line, ensuring the Royal Navy remains poised to defend the surface fleet – and most importantly the Carrier Strike Group – against complex air threats both now and into the future,” said Vice Admiral Jerry Kyd, Fleet Commander.

The first Sea Ceptor-enhanced Type 45 is expected to be delivered by summer 2026, with the entire flotilla completed by winter 2032.