The company will provide a modified version of its proven GTCP 36-150 Auxiliary Power Units (APUs), along with its main engine generator and APU generator honeywell News By DA Reporter / 03 May 2022 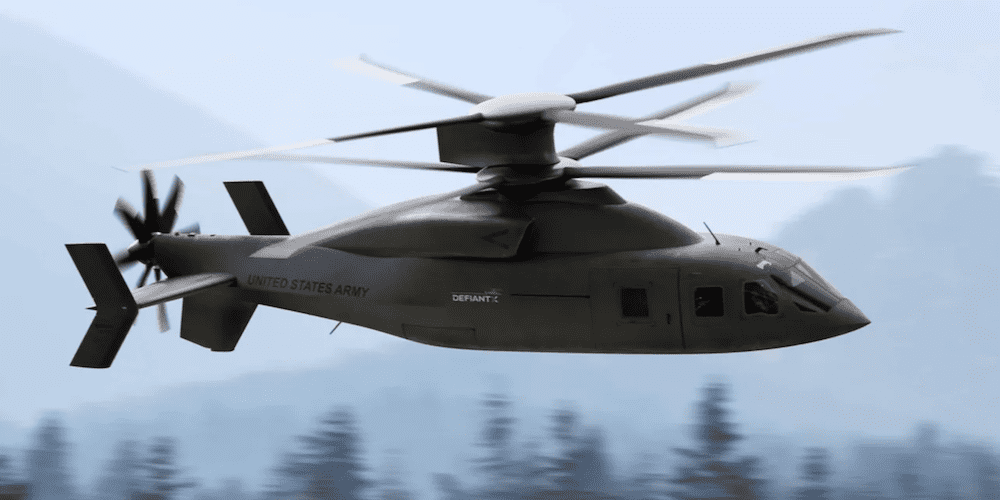 A variety of Honeywell engine and power systems technology has been selected by Sikorsky-Boeing for the DEFIANT X helicopter, currently a contender for the US Army’s Future Long-Range Assault Aircraft (FLRAA) competition.

The HTS7500 turboshaft engine is the newest and most technologically advanced model in Honeywell’s family of military engines, which includes the iconic T55 engine that has powered the CH-47 fleet for over 60 years.

Honeywell’s APU for the DEFIANT X is a derivative of the existing and successful GTCP 36-150 APU series. This new version is equipped with the latest compressor technology originally developed for the commercial aircraft sector. The APU was customized to meet the aircraft installation and performance objectives of the US Army. Today’s 36-150 APU series delivers compressed air for main engine starting air conditioning, anti-ice and heating systems. They are also capable of delivering air and shaft power simultaneously or individually.

“Our rugged and reliable GTCP 36-150-APU series is an ideal candidate to meet the installation and demanding performance needs of the DEFIANT X,” said David Shilliday, vice president and general manager, Power Systems, Honeywell Aerospace. “Honeywell has delivered more than 10,000 of these APUs since production started in 1979, and we believe this new, low-risk version will help Team DEFIANT win the FLRAA competition.”

FLRAA was initiated by the US Army in 2019 to develop a new utility helicopter that will replace the Sikorsky UH-60 Black Hawk starting in 2030. The Black Hawk was developed in the 1960s and 1970s and was selected by the US Army in 1976. DEFIANT X will provide the next generation of capability for decades to come for the US Army, and the HTS7500 turboshaft has been built to provide world-class reliability and time on wing for this next generation of aircraft.

DEFIANT X can fly two times faster and farther than the Black Hawk and is currently being tested in a digital combat environment, where it continues to prove its unmatched range and survivability.