Exail’s A18D is designed to perform missions at depths of up to 3,000m for mapping, sonar imaging and high-resolution inspection of pipelines and cables exail News By DA Reporter / 20 Dec 2022 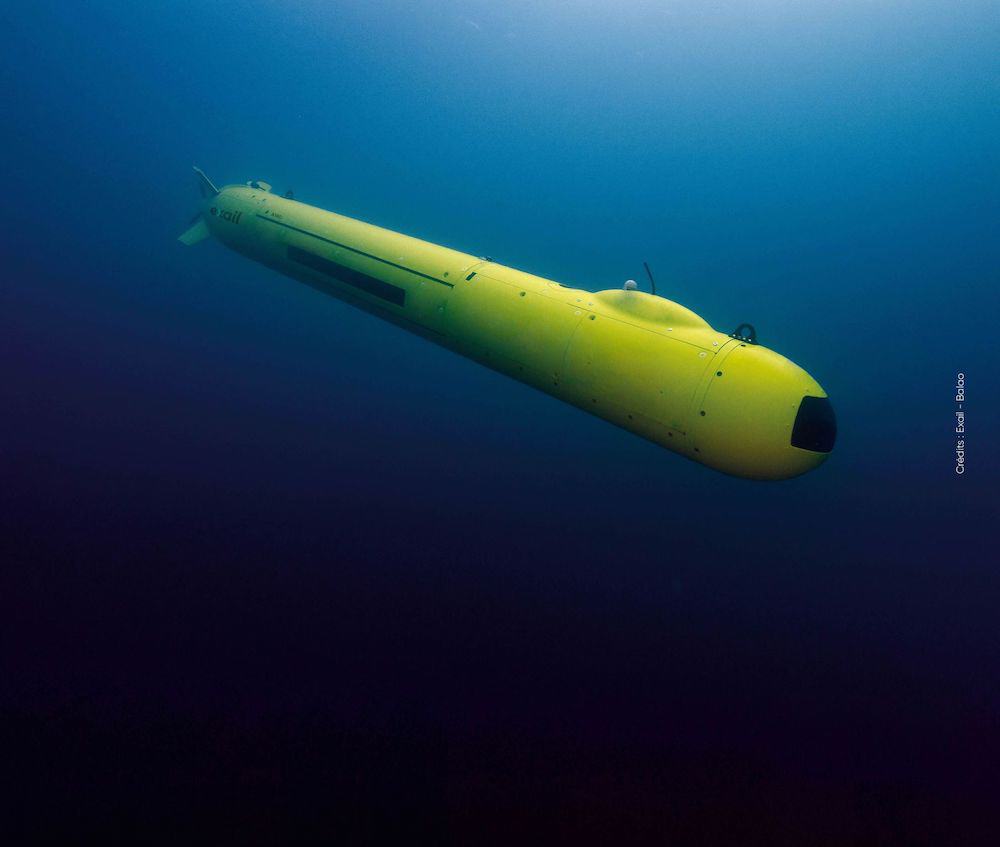 The DGA (the French defense procurement agency) has signed a contract with Exail to lease the company’s A18D Autonomous Underwater Vehicle (AUV) to the French Navy.

The contract is expected to last approximately two years and includes academic and operational training for 12 sailors.

The A18D is designed to perform missions at depths of up to 3,000m for mapping, sonar imaging and high-resolution inspection of pipelines and cables. Capable of carrying out its missions in total autonomy for 24 hours, the AUV can reach a speed of 6 knots and carry out up to 40 km² of imaging per mission.

The French Navy intends to use this autonomous multi-sensor vehicle to conduct experimentations with a view to defining its future needs, with the DGA’s technical support, as part of the French ministry for armed forces’ strategy to understand and monitor seabeds.

The AUV A18D and its onboard sensors will allow the French Navy to:

With the ability to be embarked on several types of ship, the versatile and easy to install AUV will be delivered with a software suite to manage missions, and recover and analyze the data obtained. A command-control container will also be installed on board the mother ship, providing operators with a dedicated and sheltered space from which to command and control the drone. Also, the GAPS portable USBL system produced by Exail will enable extremely accurate positioning of the recorded data even at a depth of 3,000m.

Exail will provide theoretical and operational training to make crews autonomous in the deployment and operation of the AUV, as well as in the recovery and processing/post-processing of the data obtained.

The French Ministry for Armed Forces unveiled its seabed strategy in February 2021. It is within this framework that the contract has been awarded. It follows on from an initial operational evaluation campaign of Exail’s A18D conducted in 2021 by the French Navy and the Naval Hydrographic and Oceanographic Service (SHOM).

“We are proud to participate in this seabed program and to put all of Exail’s technology and the know-how of our teams at the service of France’s ambitions in this area of sovereignty,” said Dominique Giannoni, CEO of Exail.