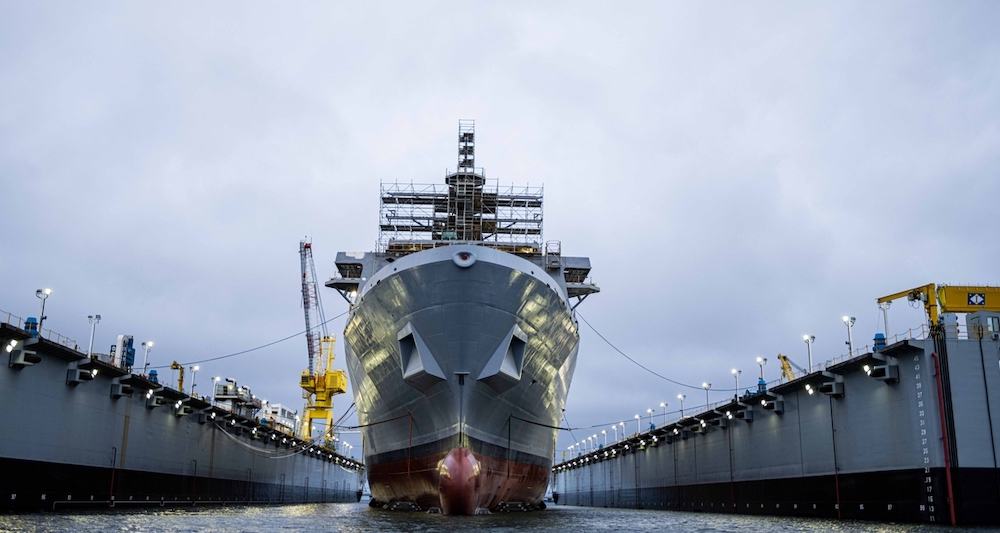 “The LPD class ships, like all of our programs, are critically important to U.S. national security,” said Kari Wilkinson, president of HII’s Ingalls Shipbuilding division. “In addition, thousands of Americans, from engineers to electricians, have worked on LPD 29 over the years. Ingalls Shipbuilding is proud to build them and even more proud of the talented people that make up our shipbuilding team.”

The LPD 29 was launched from the floating dry dock using tugs, after first being translated via Ingalls’ rail car system. The dock was moved away from the pier and then ballasted to float off the ship.

Launching the LPD 29 is the first of a series of significant milestone events in bringing the ship to life, and eventual delivery to the U.S. Navy which is planned for later next year.

Ingalls Shipbuilding is building the entire San Antonio class of ships, the newest addition to the Navy’s 21st century amphibious assault force. The 684-foot-long, 105-foot-wide ships that displace 25,000 tons are used to embark and land Marines, their equipment and supplies ashore via air cushion or conventional landing craft and amphibious assault vehicles, augmented by helicopters or vertical takeoff and landing aircraft such as the MV-22 Osprey.