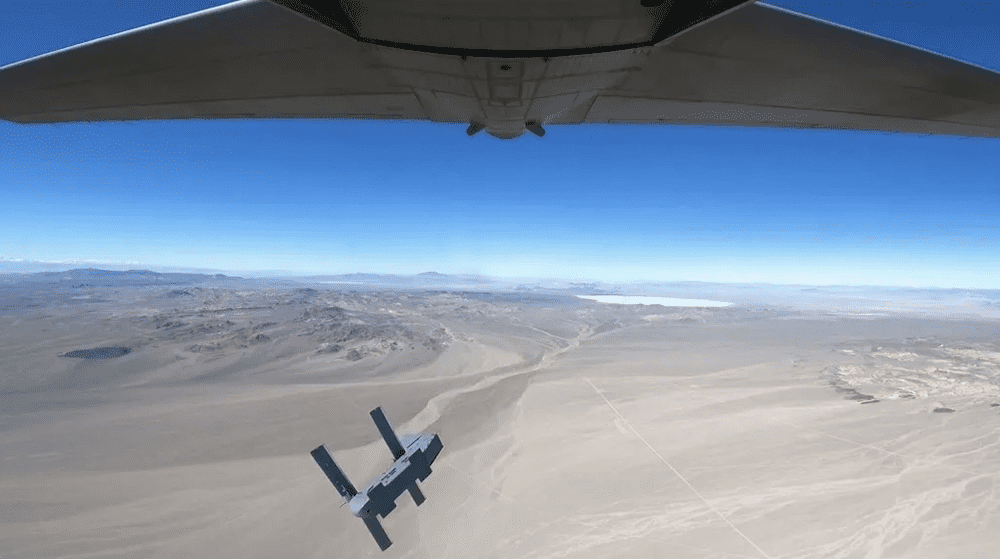 Silent Arrow GD-2000 will be scaled down and redesigned as a new product line called the Silent Arrow Precision Guided Bundle (SA-PGB), which will initially be developed as an autonomous cargo delivery glider.

The SA-PGB will be specifically designed for side door and multi-unit (swarm) ramp deployment, compatible with an expanded fleet of delivery aircraft.

The system will be designed and built at Silent Arrow’s headquarters in Irvine, California and 15 aircraft will be shipped to the company’s flight test center in Pendleton, Oregon for operational evaluations at the Pendleton UAS Test Range. Initial specifications include 500-pound max weight, 350-pound cargo capacity, 39 inches long and deployable from high altitudes and airspeeds.

“We’d like to thank the U.S. Special Operations community, the U.S. Air Force, Navy, Army and various other organizations who signed on to support this award for a new life-saving cargo delivery drone,” said Chip Yates, Silent Arrow’s founder and CEO.

“We look forward to an exciting flight test program in 2022 and quickly getting this new capability into the hands of the warfighter and disaster relief organizations alike.”