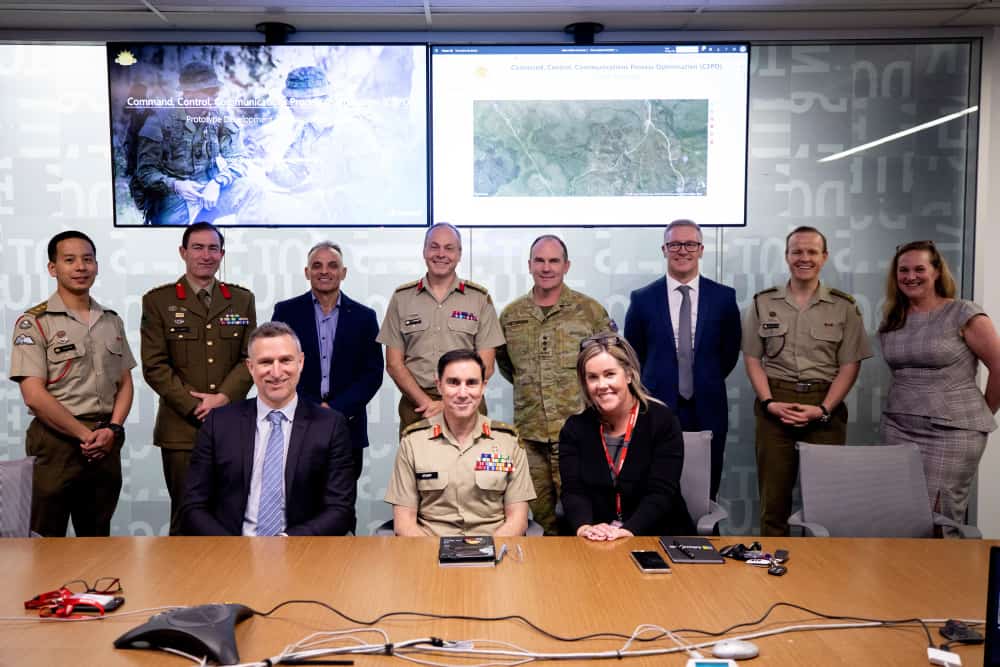 The Australian Army and Microsoft are collaborating on an initiative to explore how modern digital technologies could transform command and control in the future.

The initial focus will be on using Artificial Intelligence (AI) to transcribe and analyze voice communications over combat net radio.

The resulting insights will help optimize operational decision making and create intelligent digital foundations for the transformation of AI-enabled decision making over the next decade. This project is part of the Australian Army’s Robotic and Autonomous Systems Strategy (RAS Strategy) under the banner of Improving Decision Making.

The Microsoft team, consisting of system analysts, data scientists and data architects along with the Army’s Robotic & Autonomous Systems Implementation & Coordination Office (RICO) personnel from the Future Land Warfare Branch, is currently prototyping a solution to transcribe combat radio communications to text, identify key message parameters such as the sender and recipient, and to extract meaning from the transcription.

AI will be used to interpret and to search communications in order to infer insights about the battle with an end-user presentation layer through Power BI.

“Employing artificial intelligence tools through a reliable, secure and resilient platform to consolidate battlefield communications is an important step toward the creation of a decision support engine to create decision advantage in the future,” said Brigadier Ian Langford, Director General of the Future Land Warfare Branch.

“Collaborative and innovative methods to achieve this accelerate the rate of adoption of cutting-edge technology to afford an Army in Motion an edge in the future.”

The prototype solution deploys Azure cognitive services to support transcription and natural language processing. Due to the nuances of radio telephony communications, significant customization has been required to ingest, clean and filter audio signals. The prototype has been built in the Army Land Network Integration Center (LNIC) Azure environment and is the first example of this platform being used in a collaboration with industry. Designing, testing and validation has been performed with HQ 3 Brigade as the ‘end user’ for the program.

”Microsoft and the Australian Army are both committed to the ethical and responsible use of AI, and this remains central to our collaboration,” said Mark Leigh, General Manager, Public Sector, Microsoft ANZ.

“We are proud to be working with the Australian Army on this important project, bringing the very best minds and technology together to support and keep safe the men and women of Australia who work tirelessly on our behalf.”