When mounted on a tethered UAV and hovering at 200 feet, a single Logos Technologies MicroKestrel sensor can image 3 square kilometers, tracking every vehicle and detecting every moving dismount within its 180-degree field of regard logos-technologies News By DA Reporter / 14 Oct 2021 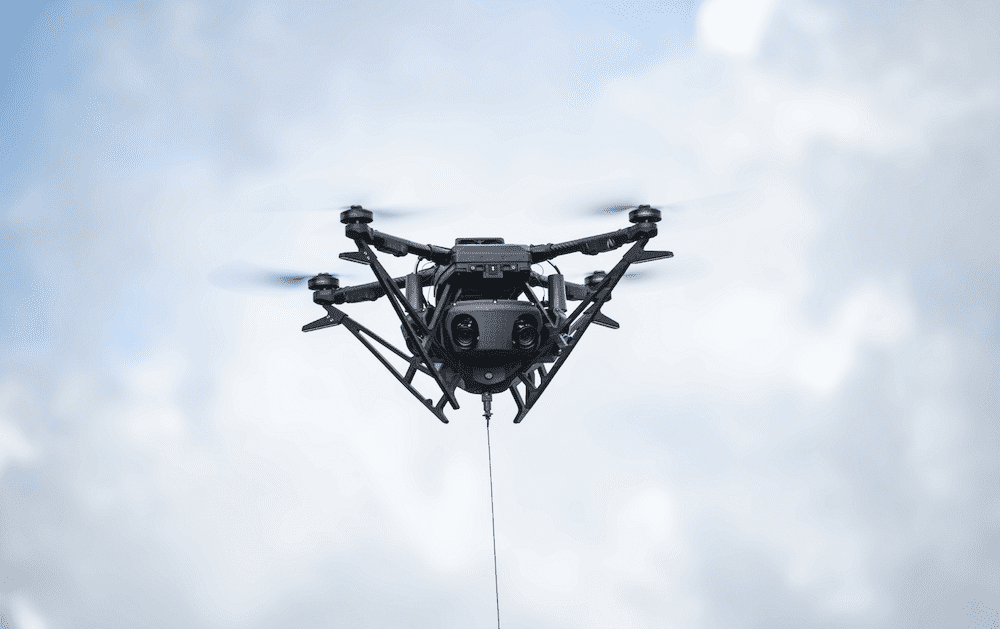 When mounted on a tethered UAV and hovering at 200 feet, a single MicroKestrel can image three square kilometers, tracking every vehicle and detecting every moving dismount within its 180-degree field of regard. The Wide-Area Motion Imagery (WAMI)  system can also cue high-definition video cameras for close-in inspection should an operator require a positive identification of a target.

“The amazing thing, though, is MicroKestrel’s weight. At just under 5 pounds, the new WAMI system is so light that some tethered UAVs can actually accommodate two units, each pointed in a different direction,” said Doug Rombough, VP of Business Development for Logos Technologies.

“In such a doubled-up configuration, you get twice the coverage area and a 360-degree field of view.”

The idea of getting WAMI on a small, tethered UAV once seemed impossible. Now, these sensors will be able to go on tethered UAVs or free-flying UAVs that have been connected to a third-party tethering station, expanding the types of operators who will be able to use WAMI.

“People who would never have access to runway or catapult-launched UAVs, let alone big Predators, can pop open a container, set up a tethered UAV, and launch a WAMI sensor into the air,” added Rombough.

“Think about what that means for base protection, event security, or other mission sets.”

Logos Technologies unveiled and showcased the MicroKestrel for the first time at AUSA 2021 in Washington, D.C.