Using BISim’s VBS4-USMC and VBS Blue IG software, the USMC will benefit from the optimized scenario-creation workflows and the ability to train with other trainees in a wider combined arms scenario bohemia-interactive-simulations News By DA Reporter / 29 Jul 2022 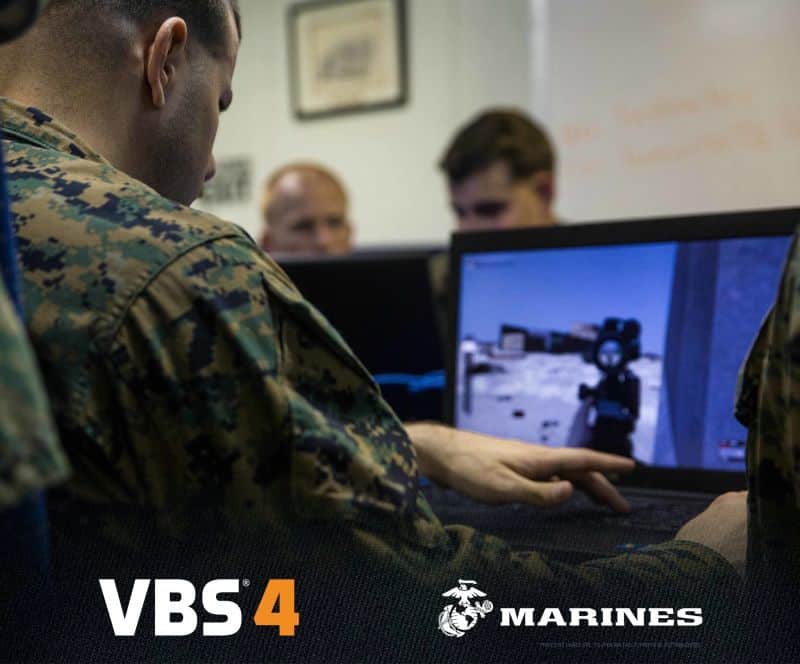 VBS4 is an easy-to-use, whole-earth virtual and constructive simulation that allows users to create and run any imaginable military training scenario. Using BISim’s VBS4-USMC and VBS Blue IG software, the USMC will benefit from the optimized scenario-creation workflows and the ability to train with other trainees in a wider combined arms scenario.

“With this upgrade, it will be great to see the Marine Corps using our own in-house Call For Fire and Close Air Support modules for artillery and airstrikes,” said Jack Gillette, BISim’s Sr. Software Engineer and tech lead on the Green Gear Project.

The Virtual Battlespace Call For Fire (VBS CFF) is a high-fidelity, easy-to-use indirect fire simulation that simulates round fly-out from the gunline to the target. With VBS Close Air Support (CAS), the Marines will be able to practice the correct procedures and event sequences when requesting and executing close air support by fixed and rotary wing aircraft. When CFF and CAS are used in combination, they will have the capability to practice Joint Fires.

Funded by the USMC, the objective of the Green Gear project is to integrate Marine Corps operational hardware devices and fire control systems with VBS software for users to ‘train how they fight’ in virtual environments. The project allows the Marines to conduct training with real-world interfaces in a virtual training environment.

In the future, Green Gear capability aims to improve the interoperability of multiple systems in the synthetic world, allowing the Marines to begin work towards Force Design 2030.