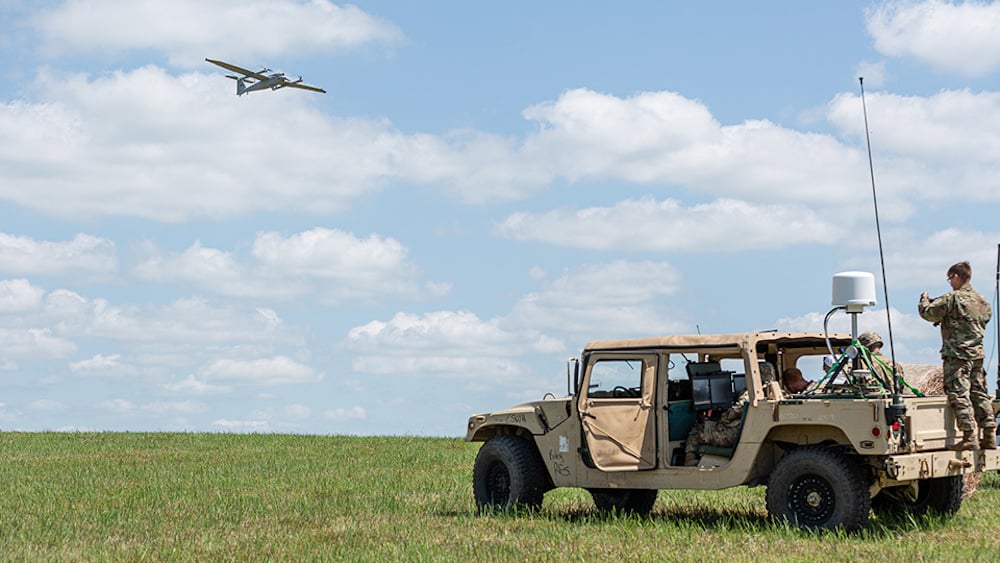 The MEUAS IV allows the contract awardees to compete for task orders to provide USSOCOM with Unmanned Aerial Vehicles (UAVs) and support for Intelligence, Surveillance and Reconnaissance (ISR) operations.

Under the task order, AeroVironment’s JUMP 20 medium Unmanned Aircraft Systems (UAS) will provide ISR services at an undisclosed customer location. The ISR services include the first Satellite Communications (SATCOM)-enabled UAS for beyond line of sight operations.

The AeroVironment JUMP 20 is the first fixed-wing UAS capable of Vertical Takeoff and Landing (VTOL) to be deployed extensively in support of U.S. military forces.

Ideal for multi-mission operations, JUMP 20 delivers 14+ hours of endurance, a standard operational range of 185 km (115 miles), and is runway independent. The system can be set up and operational in less than 60 minutes without the need for launch or recovery equipment and has a useable payload capacity of up to 30 pounds.

The JUMP 20 also features a common autopilot and ground control system architecture providing a highly customizable, modular platform which can be custom-configured to meet operational or customer requirements.

“The inclusion of a SATCOM payload adds beyond line of sight operation to the JUMP 20, providing our customer with expanded reach and situational awareness, and representing another game-changing, market-leading capability.”