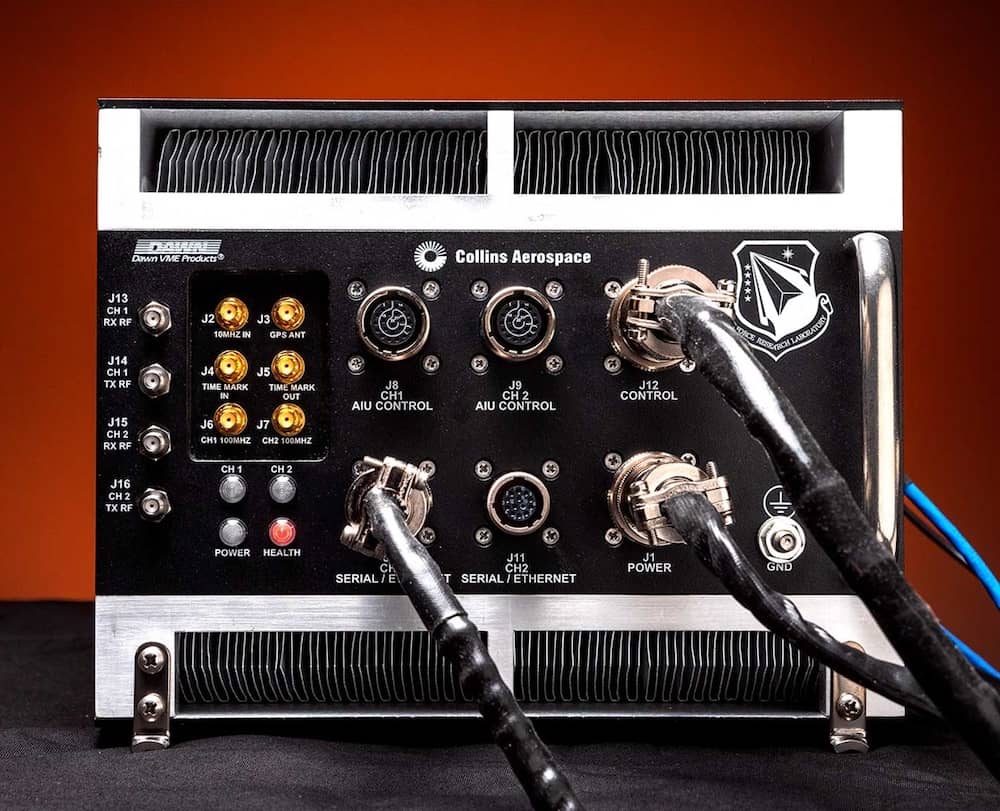 Collins Aerospace is developing two software-defined radios (SDRs) for the U.S. Air Force that will connect and transmit airborne and ground radio data for the first time using a multi-node network.

Large airborne and ground data sets – which may include imagery and video – are transported by different waveforms making it difficult to get data to key decision makers quickly.

By combining commercial-off-the-shelf (COTS) technology with military hardware, Collins Aerospace aims to make it possible for network nodes to expand and extend the effective range data can travel.

“The radios developed for the SPARTACUS and SPARTAN programs enable the warfighter to transmit data high data rates and allow them to focus on the mission at hand,” said Ryan Bunge, vice president and general manager, Communication, Navigation and Guidance Solutions for Collins Aerospace.

The Collins Aerospace ground radio for the SPARTACUS program will connect ground links to air links in an aircraft. The radio is designed to support legacy and future waveforms, and can also integrate additional third party waveforms.