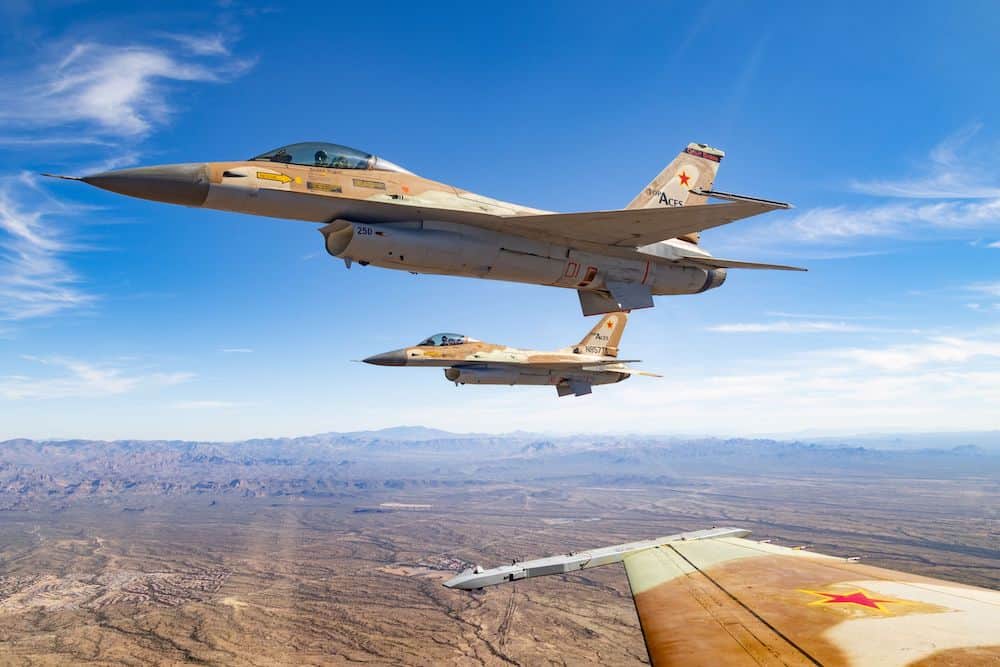 Top Aces will begin training in support of USAF F-35A and F-22 fleets in October 2022. Valued at up to $175 million, this five-year contract aims to significantly enhance the training of fifth generation combat pilots.

The company is the first commercial provider to deliver contracted air training to the USAF using the supersonic F-16 platform, and is the only company in the world to operate the F-16 Advanced Aggressor Fighter (AAF) – an upgraded version of the aircraft with unique open system architecture capabilities, including Advanced Electronically Scanned Array (AESA) radar, helmet-mounted cueing systems, tactical datalinks and high off-boresight missile capabilities.

Top Aces’ group of companies has delivered more than 100,000 accident-free flight hours in the past 17 years. This partnership will provide an unprecedented opportunity for USAF pilots to train with a team of professionals including experienced former Aggressor pilots and tactical controllers.