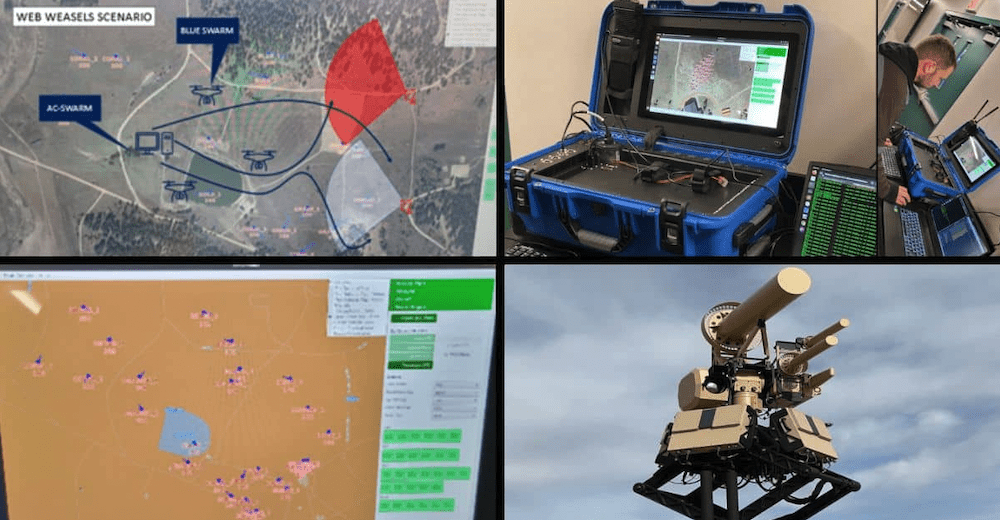 Squadrons of autonomous collaborative munitions operating at range, and at risk, need the training, Tactics, Techniques and Procedures (TTPs) to handle the speed-of-datalink environment that occurs in modern combat. Teamwork, communication, shared mental models, and a robust set of tried and tested strategies are needed to survive and dominate.

WW aims to overlay Artificial Intelligence and Machine Learning (AI/ML) trained algorithms onto Air Commons – Swarm’s capabilities to provide pre-launch munitions with a series of TTPs in a ‘Playbook’ for a given mission set (i.e., SEAD).

The munitions will launch with AI-on-the-Edge hardware, firmware, and comms architecture which allows them to collaboratively assess the combat environment, vote on the most suitable Play, call an ‘Audible’ change, and execute the improved plan. In addition, the Human-in-the-Loop (HITL) aspects of autonomous swarm command and control are complex. WW will analyze best practices and develop the Human-Swarm Interface (HSwI) using HITL simulators.

“Liteye is excited to be working on this program with Unmanned Experts,” said Kenneth Geyer, CEO of Liteye Systems. “As drone warfare advancements continue at a staggering rate it is important to keep adding capabilities like Web Weasels to our solutions.”