Expeditionary Fast Transport (EPF) 16 will be the third ship constructed by in Flight II configuration, which has enhanced medical and aviation capabilities austal-usa News By DA Reporter / 06 May 2022 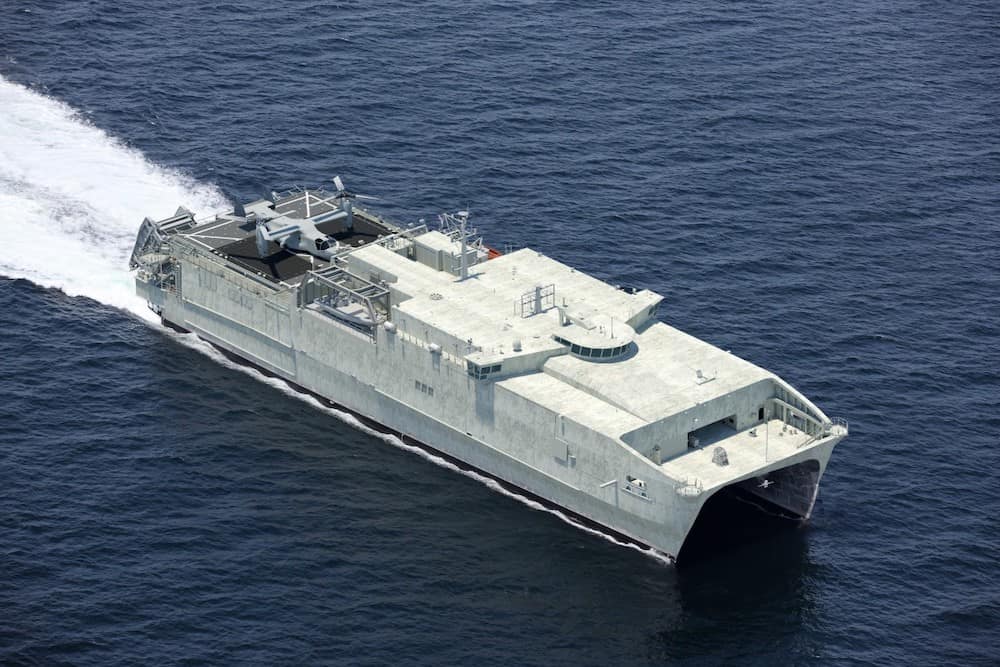 The US Navy has exercised a $230,545,382 million fixed–priced incentive (firm target) contract option for the detail design and construction of Expeditionary Fast Transport (EPF) 16 by Austal USA.

EPF 16 will be the third ship constructed by in Flight II configuration, which has enhanced medical and aviation capabilities.

Austal USA has successfully delivered 12 EPF ships to the Navy since 2012, on schedule and on budget and is currently constructing EPFs 13, 14 and 15 at the company’s shipyard in Mobile, Alabama.

EPF 13 is being developed as a prototype for autonomous operations, while EPF 14 and 15 were redesigned to deliver greater medical capability and capacity.

Austal Limited Chief Executive Officer, Paddy Gregg, said the contract for another EPF with enhanced medical capabilities highlighted both the success of the high-speed vessel platform and its flexibility to deliver various mission profiles: “Austal’s Flight II EPF’s will further enhance the US Navy’s capability and enable a fast response with expanded medical support facilities available for any mission or theater of operation.

“We are delighted to see the EPF platform being deployed globally and we’re excited to begin production of another highly capable ship for the United States Navy.”

The US Navy’s fleet of EFT ships conduct humanitarian assistance, disaster relief, maritime security, surveillance, command and control, and counter narcotic missions around the globe. The versatility of the EPF design provides a significant operational capability that can be tailored to the needs of each fleet and combatant commander’s geographic command.

Construction of EPF 16 will commence in late 2022, with delivery projected for 2025.