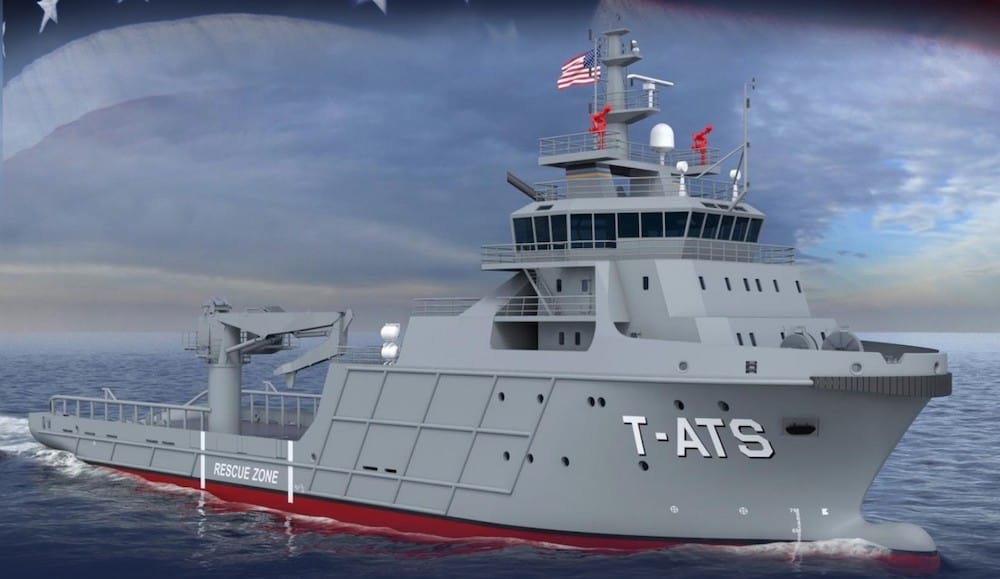 Austal USA has been awarded a fixed-price incentive contract option from the US Navy for the construction of two Navajo-class Towing, Salvage, and Rescue Ships (T-ATS 13 and 14).

This new award, worth over $156 million, means the company is now under contract for four T-ATS, having received awards for T-ATS 11 and 12 in October 2021.

T-ATS is an ocean-going tug, salvage, and rescue ship designed to support the US Navy’s fleet operations, with a multi-mission common hull platform capable of towing heavy ships.

The ships are capable of supporting a variety of missions, including oil spill response, humanitarian assistance, search and rescue and surveillance.

“It’s a great sign of confidence by the Navy, in the Austal USA team’s ability to deliver both steel and aluminium ships simultaneously, that they have awarded a contract for another two vessels,” said Austal Limited Chief Executive Officer, Paddy Gregg. “Congratulations to the Austal USA team on yet another multiple steel vessel contract, which will go even further to demonstrate the company’s diverse capabilities, in aluminium and steel.”